It's major meeting point for farmers from the surrounding areas who sell maize, bananas, local vegetables 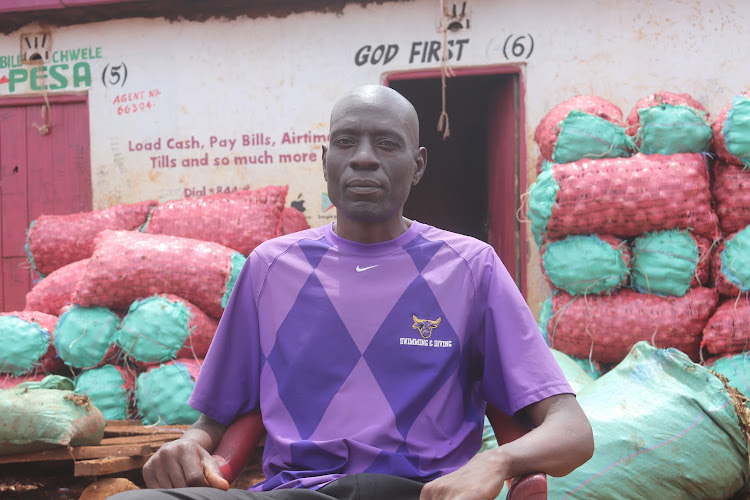 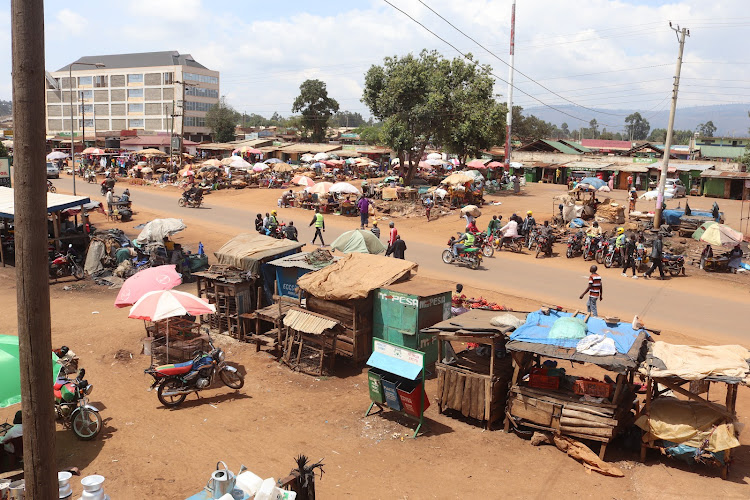 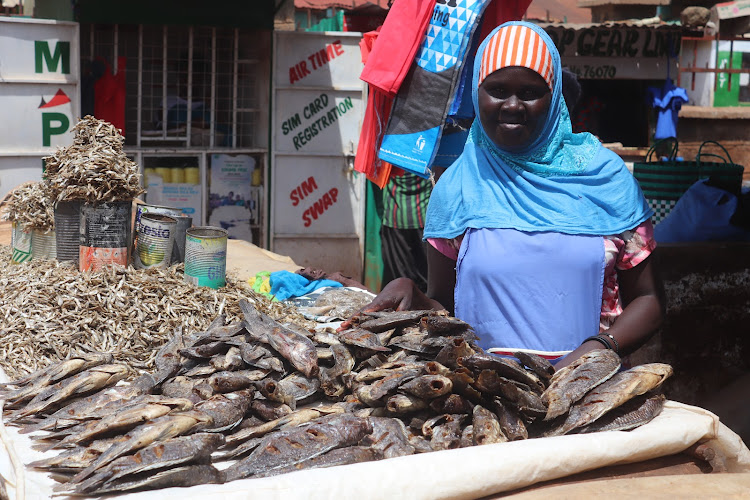 Chwele town in Bungoma Central subcounty  is an agricultural centre located between Kimilili and Bungoma towns.

The market is the major meeting point for farmers from the surrounding areas of Mt Elgon, Namwela, Sirisia, Lurende, Matibo and Chebukaka every Monday when there is a market day.

Chwele market is Kenya's second largest open market. It’s inhabited by Bukusu people and there is a growing population of Sabaots, Tesos and Kikuyus.

In an exclusive interview with the Star, Chwele Traders' Welfare chairman Ben Wanyonyi said that, despite Chwele being the second biggest agricultural market in Kenya, it has no bank.

This risks the lives of traders who want to do bank transactions because they have to carry their money to Bungoma or Kimilili for banking.

"Business operators, residents, schools and other people who need to transact big amounts of money are expected to travel to Bungoma but most of the time people in Chwele market use Mpesa services for their transactions," he added.

Wanyonyi asked the government to help Chwele market get at least two banking facilities that would enhance banking services and give a chance to youths who want to take part in business but lack capital to get loans.

"If we can get a bank here in Chwele, then it would make things easier as people will have the opportunity to get loans to expand their businesses,” he said, adding that students also travel to Bungoma for banking services.

Wanyonyi said that the market also has been in operation for decades without any security agencies thus promoting theft cases considering that most of the traders leave their items on the market in the evening.

The chairman said that the market has less storage facilities, adding that the available ones are shared amongst traders which at some point raise conflicts on the market.

“Big towns in Kenya depend on Chwele market for the supply of foodstuff, therefore, the government should move with speed and help build Chwele to resemble other popular markets in Africa," he said.

However, he told the Star that the engineer deployed by the county to ensure that sewerage services and garbage collection are done is sleeping on his job, adding that the town is dirty with poor drainage.

"This market is good now because there is no heavy downpour, but when it has rained, traders sit at a dirty place," he said.

"If the government can come and better this market, we will receive investors who will come and change how it operates."

He added that the market has no washing point where traders can wash their hands.

"During this Covid-19 pandemic we are scared because one of the requirements to help prevent further spread of Covid- 19 is frequent washing of hands," he said.

Wanyonyi also decried poor services at Chwele Subcounty Hospital, saying that there is only one ambulance with lots of protocols.

Catherine Naliaka who spoke to the Star said that she has been trading in the market since 1992 before it was properly built.

"I have been on this market for many years but its growth is very slow and it's due to the lack of banking services, insecurity and poor drainage that has scared many traders to come and invest here," she said.

Naliaka added that at the moment they are expected to purchase their products for sale from Nyeri, West Pokot and Tanzania, adding that the transportation of goods is very expensive.

“We used to get Irish potatoes, cabbage and onions from Mt Elgon but as its stands now we don't have these products,"

She said that, through her business, she has been able to purchase a parcel of land and pay her children's school fees with ease.

"My husband died while we were still living in a rental house but as I speak today, through my little sales I make from onions, Irish potatoes and tomatoes, I have been able to buy my own piece of land and paid fees for my daughters,"Naliaka said.

Kennedy Wakoli said that he started his job of selling milk in 2005 as the the main seller and supplier in Chwele market.

Wakoli added that he gets milk from Moi’s bridge in Trans Nzoia county and later supplies it to schools and the remainder, he sells to other Chwele residents.

He said that the current challenge facing his milk business is the issue of banking.

“All my payments come in the form of cheques but due to lack of banking services in Chwele market, I am expected to travel to Bungoma to do banking. This is something that costs me a lot.  I appeal to the government to help us get at least a bank branch,” he said. 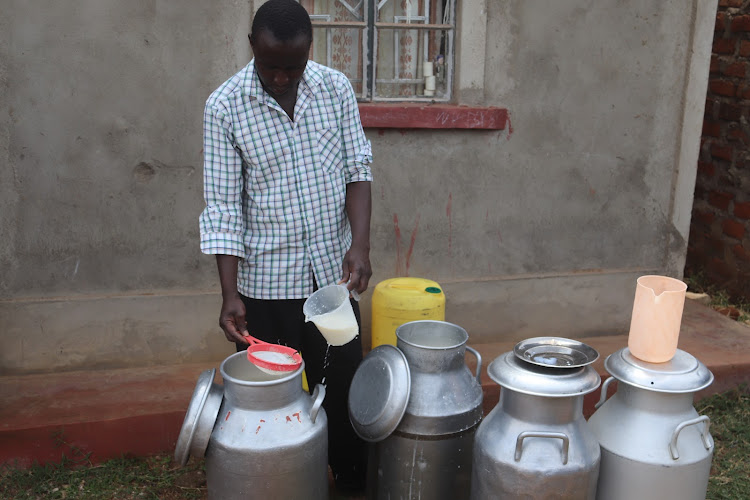 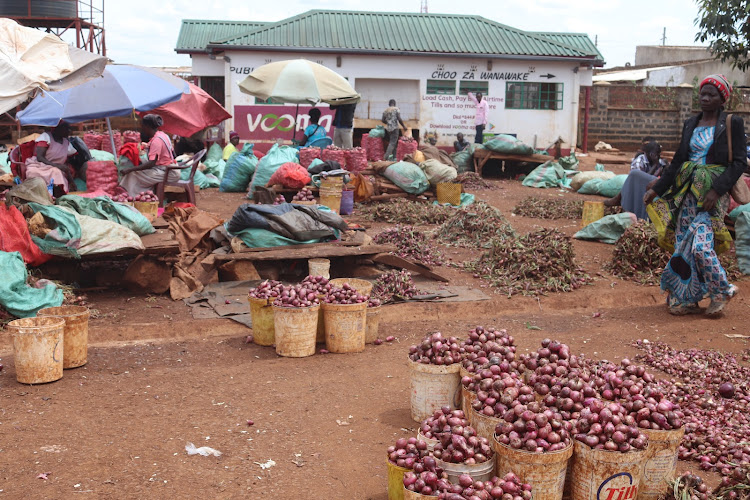