Irukani has supported more than 15 vulnerable children go to school, provided for their basic needs 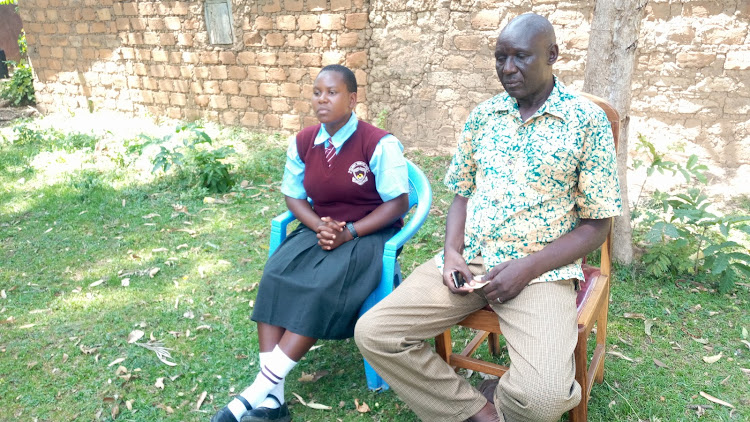 It is more blessed to give than to receive, says the Good Book. One retired police officer in Teso North, Busia, lives by this precept.

Vincent Irukani, 65, says an act of kindness by his uncle back when he was in Class 4 sowed a seed of giving that has seen him rescue vulnerable children from hunger and ignorance.

Born in Namorio in the Kimilili subcounty in Bungoma in 1956,  Irukani's father could hardly afford his school fees forcing him to start herding a neighbour's animals for little pay.

The uncle came in and took him to school. “The action he took to rescue me from ignorance and poverty is what drives me. If he hadn't helped me then, where would I be? He was my Good Samaritan," he said.

"While my uncle worked at Hola in North Eastern, he enrolled me at Jola primary in 1969 in Class 4. I did my KAPE exam in Class 8 and joined Tarasa Secondary School where we schooled with Tana River Governor Hussein Dado," he said.

Years later, armed with an education and a job, Irukani has helped more than 15 vulnerable children get an education as well as provide for their basic needs.

His latest beneficiary is Lillian Epalai who was on the verge of committing suicide due to hardships and family rejection when Irukani met her.

"I heard about Epalai's predicament from my wife who was a head teacher at Chelelemuk Primary School in Teso."

“My wife said the girl had been rejected by her siblings after the death of their parents and was overheard by other pupils planning to commit suicide," he said.

Irukani said he discussed the issue with his wife and agreed to take the girl in. They counselled her and took her back to school.

“We took her to Chelelemuk Boarding Primary School while she was in Class 7. By then I was still working as a police officer in Kitui," he said.

Later, his wife was transferred to Akichelesit Primary School in Busia and moved with Epalai to the school to help her heal emotionally.

Irukani says the girl performed well in class while at Chelelemuk and passed her KCPE exam after which he handed her over to her sister who is a teacher in Machakos.

But her sister rejected her over claims of being born out of wedlock.  “She told her to look for her father yet the only father she knew was dead and the mother who was supposed to intervene was dead too," he said, adding that he decided to fully take her in.

“We took her to Albert Ekirapa Secondary School and we are happy she is performing well and will be sitting for her KCSE exam soon," he said.

The retired police officer says taking in the girl was his opportunity to express his gratitude to God for the kindness his uncle showed him.

Looking back, Irukana says his philanthropy has never affected the lifestyle and education of his children, adding that all his children enjoy living with and assisting the vulnerable.

“My giving has been a great blessing to my children. I have eight children of my own and all of them are graduates. Two are doctors, one a nurse, two others are high school teachers while the last one work's with AMPATH," he added. 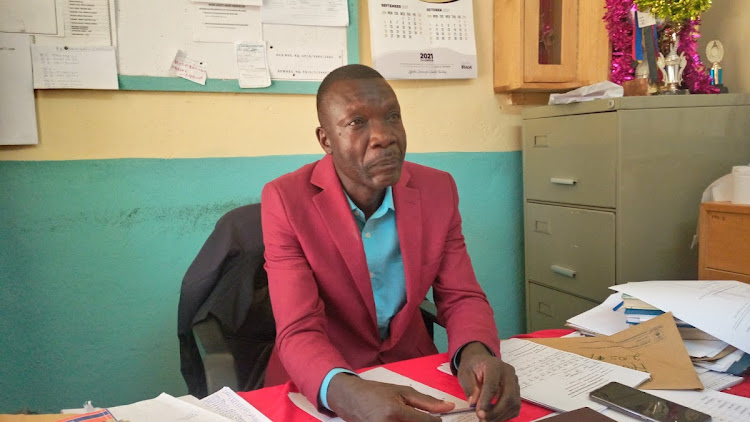 Irukani urges other people of good will to give the little they have to help the less privileged in the society, especially children to get and education saying that giving is the only way to receive in abundance.

"While working for 38 years as a police officer I have assisted more than 15 orphans pay school fees, buy their uniforms and provide for their basic needs and I never lacked," he said.

Epalai has nothing but kind words for the ex-officer who has helped her pursue education.

In an interview with the Star, Epalai said she was ready to share her painful story with the world just let go of the pain she has gone through after she was rejected by her family for having been born out of wedlock.

“I was rejected by my sister and brother after the death of our parents. I was told by my siblings that I should look for my father and had no inheritance in that home," she said.

"I was contemplating suicide but my friends quickly informed the school head teacher who took me in and is now my guardian."

She said her elder sister who was training as a teacher when their mother died sold their ancestral land to complete her college studies.

"She came back home and sold a piece of land to St Mathew's Moru primary school to get fees. After getting a job she abandoned me and told me to look for my father," she said.

The Form 4 girl who tops in class and is aspiring to be a journalist says it still bothers her why her siblings abandoned her after the death of their parents and yet they had never discussed the paternity issue while the parents were alive.

Epalai urged Teso North MP Oku Kaunya and other well-wishers to help orphans and other vulnerable children who are undergoing financial difficulties so that they may realise their dreams.

“Honourable Oku and other people of goodwill should assist orphans and vulnerable children who are suffering in silence to get an education and be able to realise their dreams," she said.

Epalai says she is optimistic that someone will take up the responsibility and pay for her fees at the tertiary level.

Albert Ekirapa secondary school principal Francis Wanyonyi who was posted to the school in 2018, said majority of the students in the school are from humble backgrounds and are in dire need of assistance.

“Most of the 600 students in this school are either total orphans, partial orphans or children of single parents," Wanyonyi said, adding that the learners need financial help to continue with their education.

Over 600 vulnerable families in Malindi get food aid

He was once homeless but now rescues city street youths