The hospital will donate solar streetlights to light up markets and school.

• The hospital will donate solar streetlights to light up markets and Schools in Mumias East and West, Marama North-South-West, and Central in the first quarter of 2022. 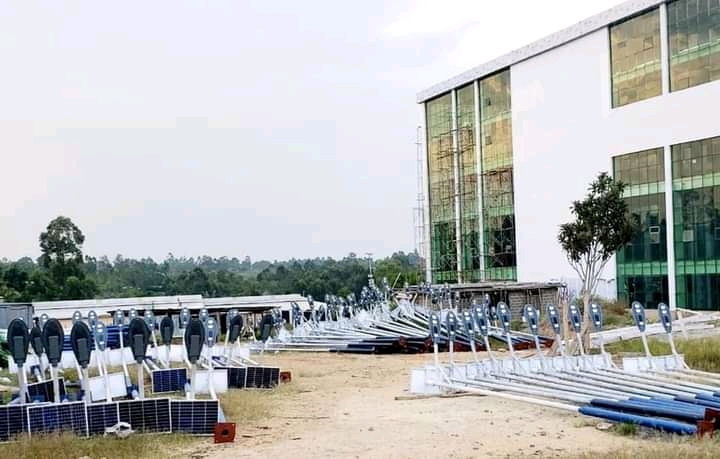 According to the hospital, the entire exercise is expected to cost close to Ksh1 billion and will achieve near-universal lighting around markets and schools within Kakamega County by end of this year.

The hospital will donate solar streetlights to light up markets and schools in Mumias East and West, Marama North-South-West, and Central in the first quarter of 2022.

The project dubbed, Schools and Market lighting program, will also be extended to cover markets and schools in Lurambi, Navakholo, and Ikolomani in the second quarter.

The project began in 2021 and it saw the hospital distributes over 3,000 solar-powered streetlights which were installed in Butere on the roads, markets, and schools around Mwale Medical and Technology City (MMTC) in phases 1 and 2.

Another 50 markets and schools in Matungu Constituency are currently being implemented with solar streetlights.

The solar-powered streetlights will help extend working hours in an effort to boost cash flow among small traders in the region.

The beneficiaries include mama mbogas, shopkeepers, butchers, salon, and barbershop operators as well as boda boda riders, who face insecurity in the dark.

MMTC is built with 100 per cent sustainable sources of energy including hundreds of solar-powered streetlights already brightening up freshly paved roads, as well as the upcoming 144-megawatt waste-to-energy facility to produce clean electricity for the city from the hospital and municipal waste.

MMTC is the first fully integrated development plan of its scale, and it is being implemented without relocating the local community. Instead, the homes of local community members are being upgraded to international standards with running water and electricity.

It has a 5000-bed state-of-the-art hospital, Hamptons Hospital, which will be able to serve 12,000 patients daily and will treat Kakamega County residents for free through a Kakamega County Healthcare Referral Program.