Ruto allies in Teso deny being kicked out of UDA 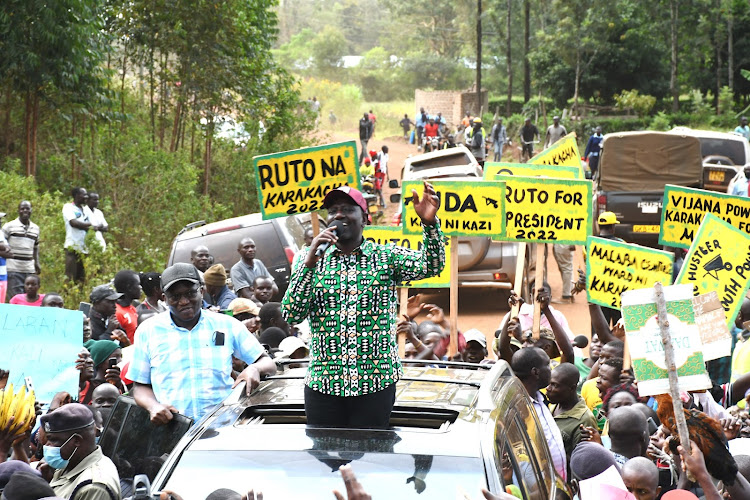 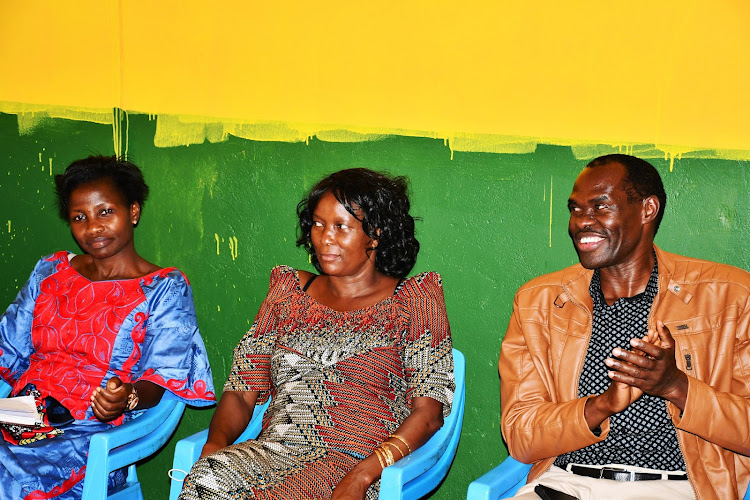 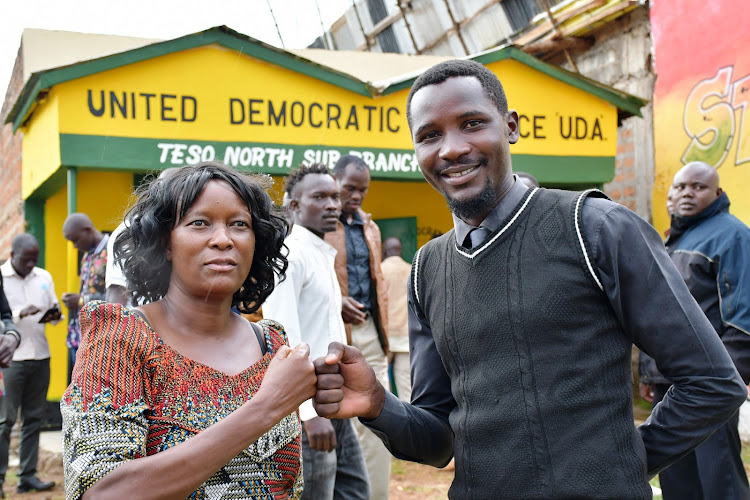 Deputy President William Ruto’s key allies in Teso have denied claims that they are being elbowed out of UDA.

But a similar tour by the DP on November 4, raised speculation over the future of Imoite, Chetambe and Karakacha in UDA.

During his visit to Malaba town on October 23, Ruto had introduced Imoite as a prospective UDA candidate for the Teso North MP race. But on his return on November 4, Ruto made a U-turn and introduced Arthur Odera as the UDA MP hopeful for Teso North.

He told residents to back Odera, whom he said he was ready to work with after the 2022 polls.

Odera’s decision to accompany the DP raised speculation that Imoite had been dropped by the DP for the post of Teso North MP.

Some of Imoite’s supporters claimed the DP acted unfairly by ‘dropping’ Imoite who they claimed had helped build the party in the constituency from the time UDA was launched.

But on Wednesday, Imoite told the Star that claims he is being ejected from UDA are untrue.

He said he has been actively championing the registration of new party members and has no plans to leave the party.

“That is not true. We are properly registered members of UDA and we are not going anywhere,” Imoite told the Star.

“We have a UDA membership in Teso North of more than 5,700 members and a party office in Amagoro. On matters UDA in Teso North, we are the ones in charge.”

He said his plans to contest for the Teso North MP seat on a UDA ticket are still intact.

Imoite said he cannot abandon a party he has helped build.

Anyone eyeing the Teso North parliamentary seat on the UDA ticket, Imoite said, should be prepared for a duel with him during the primaries.

The party nominations, he said, will determine who will fly the party’s flag during the 2022 general election.

Chetambe said Odera’s decision to accompany Ruto to Teso North on November 4, will not affect their membership in UDA.

“UDA is a political party which is a public institution and everyone should feel free to join,” he said.

“Odera’s coming with Ruto does not mean we are being removed from the party. We are in competition. Even if the former MP comes up with his own line-up, the party constitution dictates that we will go for nominations. We will go to party primaries and aspirants who will be elected by the members will go to the final polls.”

Chetambe served as MCA for Ang’urai North between 2013 and 2017. He was a member of Ford Kenya before he decamped to UDA.

He said he is a registered member of UDA and has no plans to leave.

Chetambe said he will contest the Ang’urai North MCA seat on a UDA party ticket.

The DP had also introduced Karakacha as his lieutenant in Malaba Central during his tour of Busia on October 23. But on November 4, he introduced Takia Mzinza as UDA’s prospective candidate for the Malaba Central MCA seat.

Karakacha said the introduction of Takia as UDA’s possible candidate in Malaba Central ward will not shake his membership in the party.

“November 4 is the first time I saw that lady. I have never seen her,” Karakacha told the Star on the phone on Wednesday.

“I have been busy registering party members and even if you come to my house, you will find party registration books which I am sure you cannot find in her house.”

He said a team of UDA leaders from Busia had on October 5 visited Ruto in Nairobi. This was days before he toured Teso North on October 23.

During the October 5 visit Karakacha was the UDA representative for Malaba Central ward.

“I did not see Takia during that visit,” he said.

Imoite, Chetambe and Karakacha said they will organise more visits to the area by the DP after the December festive season. They said this will help boost small-scale businesses as they continue to drum up support for the DP’s 2022 presidential candidature.