Unite and vote as a bloc, Bukusu elders tell Luhyas

They say the community has been marginalised politically because of divisions from its leaders. 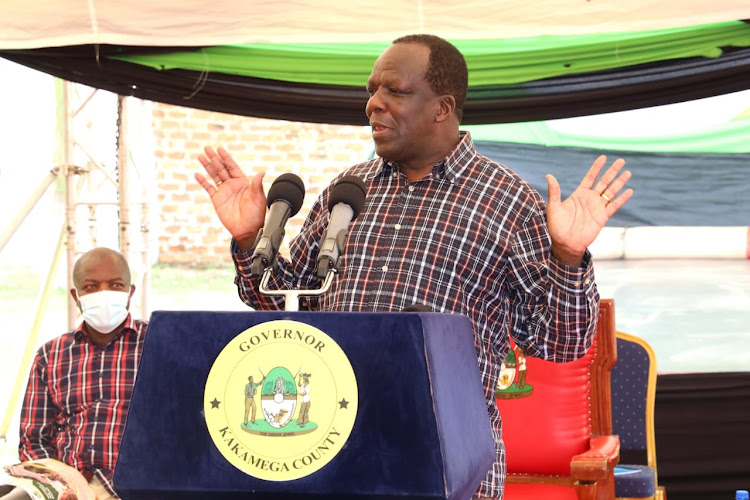 Bukusu council of elders have urged political leaders from the Luhya community to unite a head of next year's elections.

Led by their chairman Richard Walukano, they asked Ford Kenya party leader Moses Wetang'ula, his ANC counterpart Musalia Mudavadi and Kakamega Governor Wycliffe Oparanya to unite for the sake of the community.

Speaking in Bungoma town, the elders said the community had been marginalised politically because of divisions from political leaders.

Walukano asked the three leaders together with other politicians to swallow their pride and speak with one voice so that the community can be part of the next government.

The elders said that despite the community having numerical strength, they were still in the Opposition because of differences from their leaders.

"The community must this time round be guided on how to vote because we have been in Opposition for many years," Walukano said.

The community is now divided in three groups.

Those supporting Wetang'ula and Musalia in One Kenya Alliance and those allied to Oparanya who has thrown his weight around ODM chief Raila Odinga.

The elders also asked those seeking political leadership to desist from funeral services as platforms to advance their agenda.

''We are appealing to the clergy who are often custodians of the services to enforce our demands" Walukano said.

They said that they were ready to cooperate with men of the cloth and professionals to ensure that politicians conduct healthy politics.