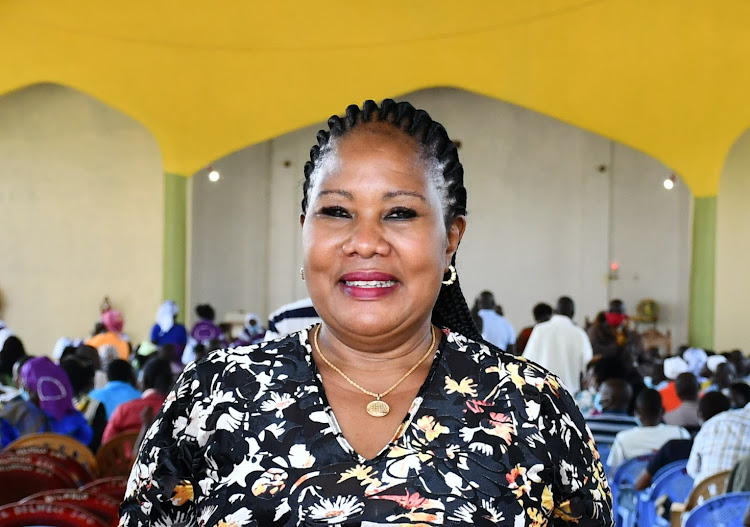 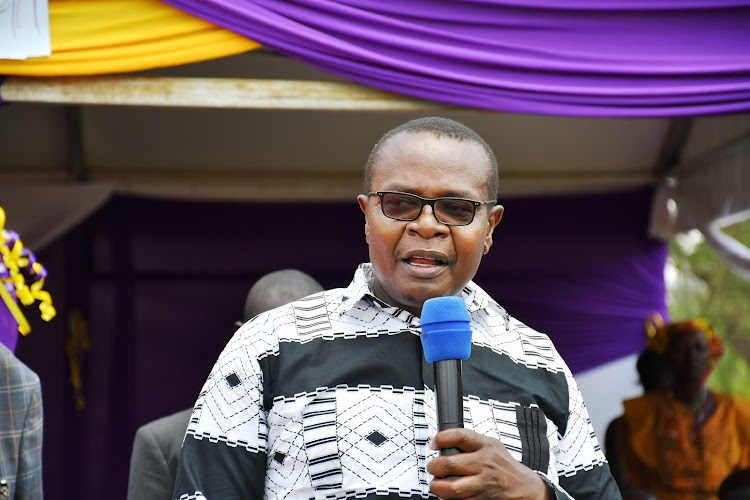 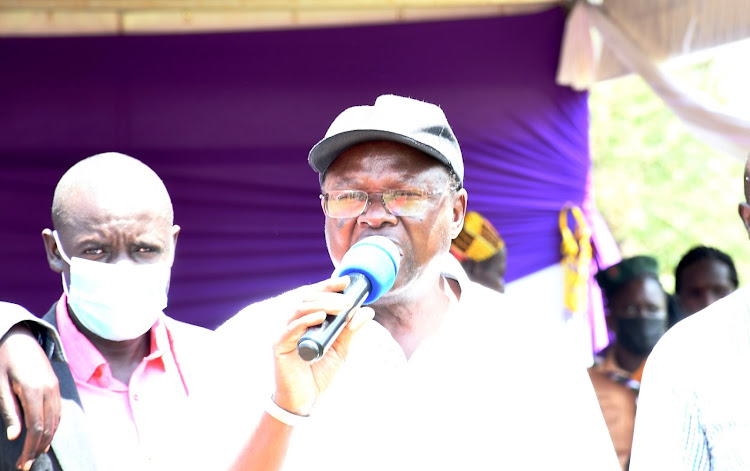 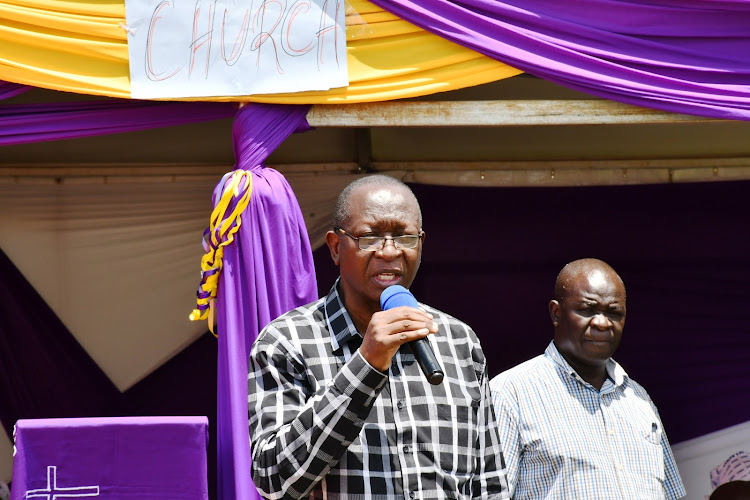 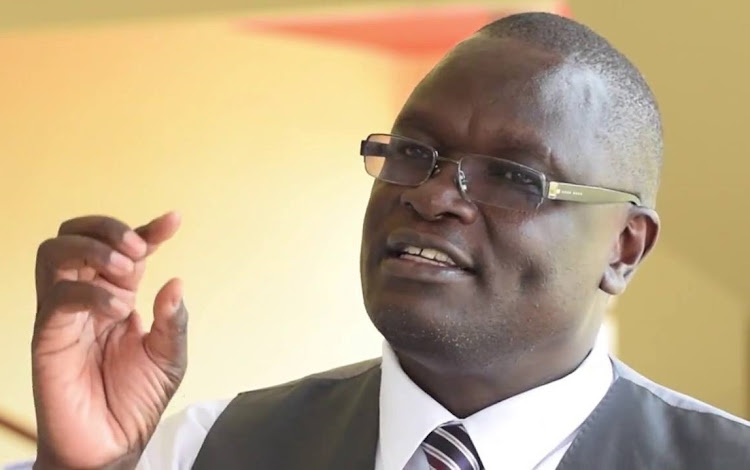 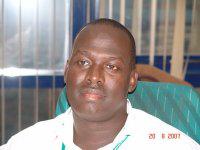 Constitutionally, Ojaamong’s second and last term ends in 2022 after the polls.

The governor will exit office after the polls to pave way for the swearing-in of his successor.

By Sunday, six potential candidates had declared their bid to succeed the former Amagoro MP.

From gracing sports tournaments to attending fundraisers for various women and youth groups in the county, each of the aspirants has been engaged in luring voters as the election draws near.

Mutua, who enjoys a close political relationship with ODM leader Raila Odinga, is banking on the youth and women to clinch the seat.

She is also relying on her position as national deputy organising secretary at ODM to influence the political tide on her side.

Busia has for long been an ODM stronghold.

The woman representative has, since 2013 when she was first elected, been instrumental in supporting women and youth groups in the county.

On November 15, she graced an event in which she was hosted for dinner by a group referring to itself as Progressive Ladies.

The group hosted her in an event that was described as a white party where all participants were dressed in white outfit.

Part of the group comprises girls who are in college and university but receive tuition assistance from the office of the woman representative.

The girls are those that dropped out of school after getting pregnant.

Mutua held a similar event for another group on November 14 at ChefWest Hotel in Busia town.

She encouraged the girls not to give up in life since they were impregnated while still pursuing their studies.

“We have given more education opportunities to our Second Chance Programme and continue to shape them up to be responsible and accountable for their actions all the time,” Mutua said.

Before she attended the two parties, she was in Matayos where she availed posho mills to affirmative action groups in her efforts to economically empower rural communities.

The economy-sized posho mills, she said, have the capacity to produce four to five bags of flour an hour and process both grade one and grade two flour.

On the same day she gave out incubators with 300-egg-capacity to Rehema and Rachuonyo Women Groups from Burumba in Matayos subcounty.

She used the occasion to reaffirm her bid to succeed Ojaamong.

Otuoma, who was in December 2018 appointed by President Uhuru Kenyatta as the Privatisation Commission chairman, is equally eyeing the governor seat.

Unlike Mutua who has been marketing her candidature in all the seven subcounties making up Busia, Otuoma’s main focus has been in the subcounties of Teso South and Teso North.

The former MP was in Machakusi in Teso South on October 23, the day Deputy President William Ruto toured Busia.

He said during the burial ceremony of Angorom deputy head teacher Nafuna Isogol that he was prepared for the battle ahead, saying he is aware the candidates he is facing have the ability to win the 2022 poll.

He said, having served as MP, he has the ability to steer Busia to the next level of development and uplift the livelihoods of residents and would leave nothing to chance.

Ojaamong defeated him in 2017 after he left ODM and contested for governor as an independent.

The former MP is expected to face Mutua and Mulomi during the ODM primaries in his bid to lift the party’s flag for the position of county chief during the 2022 polls.

Otuoma also marketed his candidature in Kisiombe in Teso North, the furthest area of the subcounty bordering Mt Elgon where he lauded residents for the support they accorded him in 2017.

On September 30, he was again in Teso North where he attended two funeral events at Apokor.

Six days before that, he had attended the burial of Jenny Inyele, the daughter to the National Social Security Fund CEO Anthony Omerikwa at Achunet village in the outskirts of Malaba town.

Otuoma did not do politics at the burial. He said he respected Omerikwa and would not engage in politics at his friend’s daughter’s funeral.

He, however, called on residents of Busia to maintain peace during campaigns and after the elections.

The last time Otuoma shared a podium with Ojaamong was on November 5 during a fundraiser in aid of the construction of classrooms at Bukiri Secondary School at Samia, Otuoma’s home subcounty.

The two leaders told those in attendance that they were friends, raising speculation that they had buried the hatchet after their fall-out in 2017 over bungled ODM primaries.

Deputy Governor Moses Mulomi on his part has not been vocal in his bid to succeed Ojaamong.

Mulomi who has for the last two years been at the forefront representing Ojaamong in county–organised events has been playing low in politics.

His focus has been development.

The last time Mulomi publicly said his name would be on the ballot in his bid to succeed Ojaamong was on October 23, during Ruto’s tour of Busia.

He said his close working relationship with the governor had provided him with the opportunity to learn how county operations are managed.

He expressed confidence that he would make a better leader if elected governor in 2022.

Bunyasi, an economist by profession, has been rallying support because, he says, he has the ability to transform Busia by uplifting locally-owned businesses and creating opportunities for the youth.

On November 7, he signed a deal with the Standard Group that will see schools in the constituency receive copies of the Education pullout published by the media company.

The initiative is expected to improve the reading culture in the subcounty, as well as help candidates prepare for their final exams.

On the same day, he graced a fundraiser in aid of bodaboda riders and selected youth groups in the constituency.

During the event, the MP who has on various times said he is best suited to succeed Ojaamong, promised the youth a better agenda if he wins the 2022 election to become governor.

On October 30 during a fundraiser for women groups at Nambale, the MP said he intends to introduce "proper county economic planning" if given a chance to become the county chief.

The MP told women to register their groups and expect support from him not only when he is MP but also when he succeeds to ascend to the governorship.

“The power of women in society cannot be underscored friends,” he said.

“I have worked and lived, in fact, I have been raised by women and I know the impact that women play in society.”

Just like Otuoma, Bunyasi is also banking on the Teso vote to win the governorship position.

He has a battalion of campaigners in both Teso South and Teso North.

Meso on his part has been traversing the county meeting groups and attending church services.

The last of such events was on November 14 when he attended a church service at Namaindi in Nambale, Bunyasi’s home subcounty.

Before that he had also campaigned at Isongo and Mauko in Butula.

He said his administration, if elected governor, will ensure a level playing field, especially for business people.

He graced one of the most competitive football tournaments in Malaba town last month.

Sidai, who vied for governorship in 2013, has maintained a low profile from the time he was appointed KPA general manager.

During the burial of former GSU Commandant in charge of Operations Emadau Tebakol in Teso South, Sidai warned opponents in the race for governor to prepare for a “hot political contest.”