Senate Speaker says Bungoma residents have piled pressure on him to return as their governor. 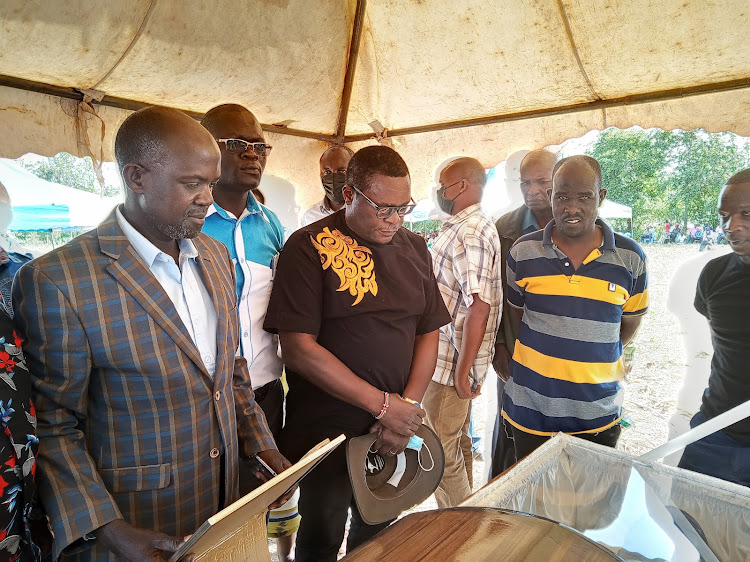 Senate Speaker Kenneth Lusaka has told Bungoma Governor Wycliffe Wangamati that he has failed the electorate and should prepare to lose the next election.

Speaking in Kibisi village Tongaren constituency during the burial of journalist John Muganda, Lusaka said it is due to Wangamati's failures that residents had piled pressure on him to come and run for the seat .

"I am currently serving at a higher position and many could have expected me to go for a higher position, but the lamentations by our people have made me come seek position of governor," he said, amid cheers from the mourners.

Lusaka told Wangamati that he had failed Bungoma people and that's why they were feeling the vacuum.

"If you marry a widow and every night she leaves you in the house and goes to the graveside of her husband, crying and saying how he misses her late husband, it means you have failed," Lusaka said.

The former Bungoma governor and was defeated by Wangamati in a narrowly contested election.

Wangamati vied on Ford Kenya ticket while Lusaka vied on the Jubilee Party.

Wangamati has since fallen out with Ford Kenya leader Moses Wetang'ula who has declared support for Lusaka .

In a rejoinder, however, Bungoma Deputy Governor Ngome Kibanani told off Lusaka, saying he will lose miserably to Wangamati because their track record speaks for itself.

"Let me prepare you speaker, defeating Wangamati is close to impossible because our development record sell him to the people," Ngome said.

Lusaka hailed his regime for changing Bungoma at a time when devolution was just starting.

"With no structures at all, we changed Bungoma by initiating key development projects," Lusaka said.

He said his government, unlike Wangamati's, was inclusive and accommodated those who had opposed him in cabinet .

"I accommodated everyone and ensured I listened to every leader despite our political differences," he said.

Lusaka called on electorate not to be cheated by party euphoria, saying this was the cause of ending up with bad leaders .

He however called for political tolerance, saying violence that has been witnessed in Bungoma in the previous past was not healthy for democracy.