The cause of all five fire incidents has not been established

• Students lost property during the latest incident that happened on Tuesday. 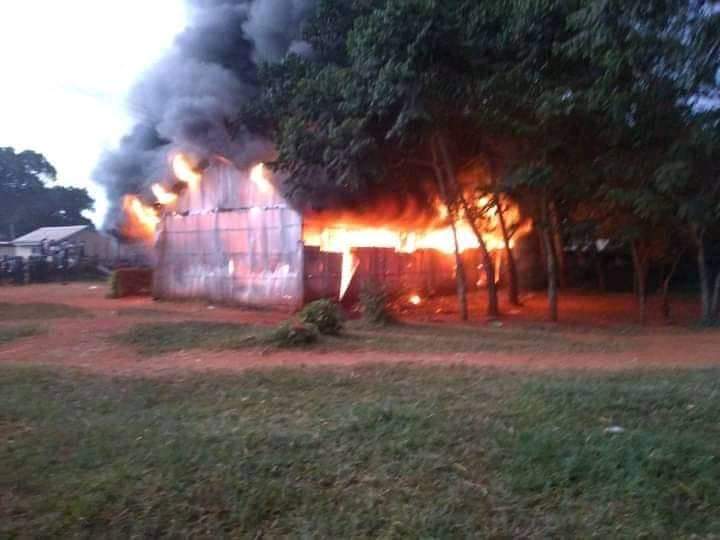 NOT ANY MORE: The dormitory that was destroyed by fire on Tuesday, October 26, 2021.
Image: EMOJONG OSERE

A dormitory at Sigalame High School in Busia was on Tuesday destroyed by fire.

The dormitory, christened Ocampo, is the fifth to be razed by fire in three months.

Students lost all their personal items during the latest incident that happened when learners were attending evening preps.

No one was injured. The cause has not been established.

“Efforts to put out the fire by the students were unsuccessful and nothing was salvaged as the fire had engulfed the whole building. There were no injuries reported as a result,” the police report reads in part.

“The value of the items destroyed is not yet established. Investigations to establish the cause of the fire have been launched.”

“The scene has been preserved to be processed by the crime scene support services.  More information will follow.”

The dormitory, which was made of iron sheets, was constructed recently to temporarily accommodate students following the burning of four others between July and October.

The first dormitory was reduced to ashes on July 26, the day schools reopened for the second term.

A second dormitory was destroyed by fire on August 8.

The third case of fire happened 12 days later on August 20. A fourth building that accommodated learners at the extra county school was razed down a month later on September 20.

Peter Auma, who was the principal at the institution when the first four fire incidents occurred, has left the school.

The latest fire occurred after Gabriel Asomba took over the leadership of the school as principal in an acting capacity.

He told the Star on the phone the fire started at about 6.45pm. He filed a report with the police at  7.30pm.

He said a team of officers from the Directorate of Criminal Investigation is carrying out an inquiry to establish the cause of the fire.

The cause of the first four fire incidents is yet to be known.