IEBC has only registered 1,500 new voters in the constituency compared to a target of 9,000 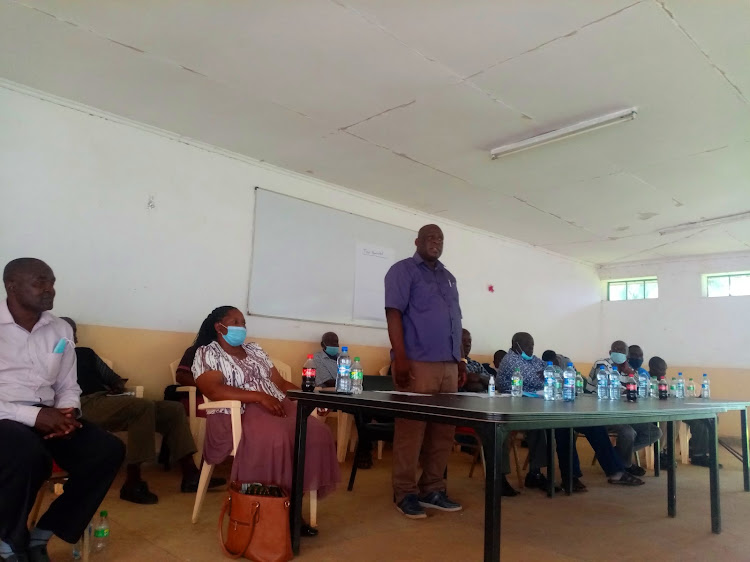 Voter Registration turnout is low in Vihiga and political leaders are saying at this rate they won't be able to get a candidate into State House.

Emuhaya MP Omboko Milemba on Monday decried the low number of people turning out to register.

IEBC returning officer Salim Abdalla said they have registered only 1,500 new voters compared to a target of 9,000 in Emuhaya since the exercise started on October 4.

Milemba said with the low voter listing, they will not strike a political deal to propel ANC leader Musalia Mudavadi to State House.

“We cannot make any political deal with scattered votes. It's time we organise ourselves for our benefit,” he said

He spoke at the CDF offices.

Milemba urged the local administration to continue mobilising the public to register.

He said people are still waiting for the last-minute rush to register, which will hamper the process.

“Western people will have the power to negotiate on the high table the day they will learn to drop their votes in one basket,” Milemba said.

“We can’t say we are going to elect Mudavadi as the next president when we can’t put our votes together, we must first learn that as a community.”

“Voter transfer requests will continue being serviced at their constituency of preference,” Chebukati said.

“The kits at the Huduma Centres have been opened to facilitate registration of new voters to any registration centre or polling station of their choice.”

Chebukati said the registration kits will be available on all campuses and other institutions of higher learning to register eligible voters in schools.

Only 3% of Murang'a's targeted voters have registered

Elections manager says turn out has been extremely low, optimistic it will pick in coming days
Counties
1 month ago

The commission received and serviced a total of 49,656 transfer requests.
News
1 month ago
by MARTIN OMBIMA @OmbimaPatrick
Western
19 October 2021 - 22:00