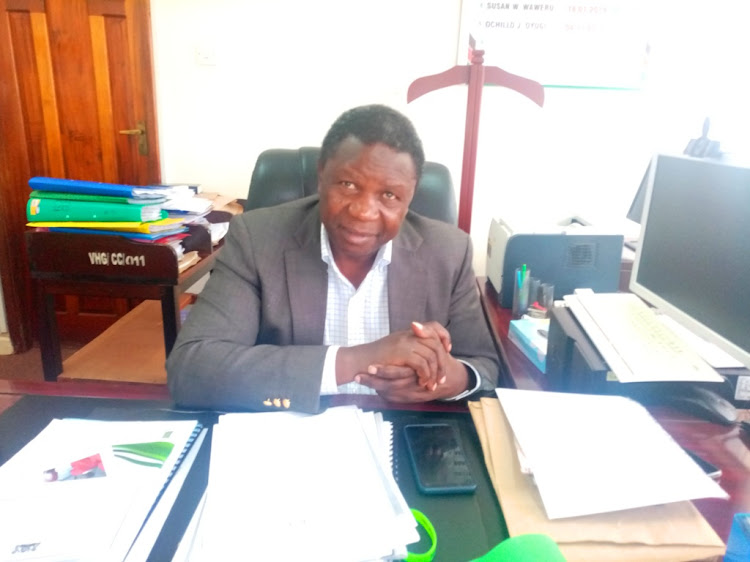 ​Vihiga county commissioner Ochilo Oyugi has raised concerns about the resistance the security team is facing while fighting counterfeit and contraband goods.

Oyudi said in efforts to fight corruption, cartels and corrupt individuals tend to fight back to protect their interests.

He said his team is on the ground to ensure that only goods that meet the required standards and are approved by the Kenya Bureau of Standards are in the market.

The commissioner was speaking to the Star in his office at the county headquarters in Mbale on Wednesday.

“We want to protect those doing genuine business to ensure they have a favourable ground,” Oyugi said.

“We can’t allow those selling goods from black markets to be doing business with those doing genuine business. We as the government will be doing injustice to some people.”

Oyugi said already, a number of counterfeit, illegal and contraband goods have been seized. He urged relevant authorities involved in the crackdown to enforce the law as required.

“In every group of people, you can’t miss saboteurs who do things against the intended plan,” Oyugi said.

“We are here to serve the government of the day, and those who might be working with cartels and corrupt individuals to sabotage our work, the law will deal with them.”

He asked officers mandated in enforcing the law to not undermine the ongoing countrywide crackdown as it will be a disservice to citizens.

The commissioner's sentiments came after a source hinted that some of the officers were alerting the culprits on the ongoing raid.

Oyugi said crime in the county has recently been reduced.

“Back in 2018, 2019 and 2020, the rate at which crimes were happening in Vihiga county was alarming, more so in Sabatia and Vihiga subcounties,” he said.

But even as the government reports a reduced crime rate, residents have complained about harassment by the security agencies in the county as they try to ensure security, especially when enforcing curfews measures.