Budalang’i residents get 32 boats for rescue during floods

Besides aiding evacuation operations, they will also be used for general transportation in Lake Victoria

• The largest of the 32 boats will be stationed at Marenga beach to replace a similar vessel that was destroyed during the 2020 floods.

• The boats, which were delivered to residents, were built courtesy of the National Government Constituency Development Fund. 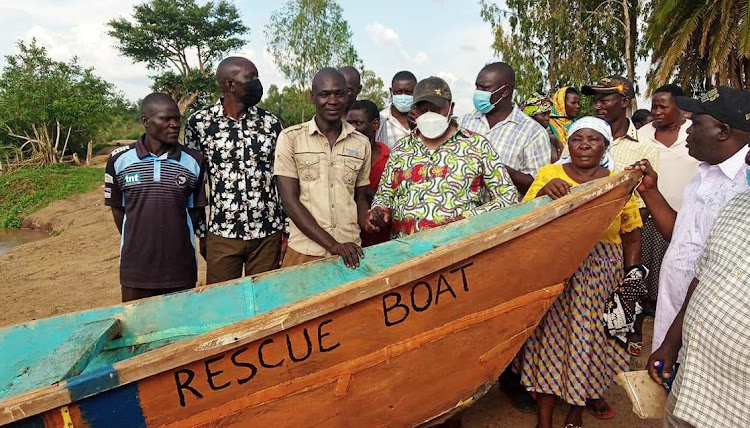 HELPING HAND: Budalang'i MP Raphael Wanjala when he handed over one of the boats.
Image: EMOJONG OSERE 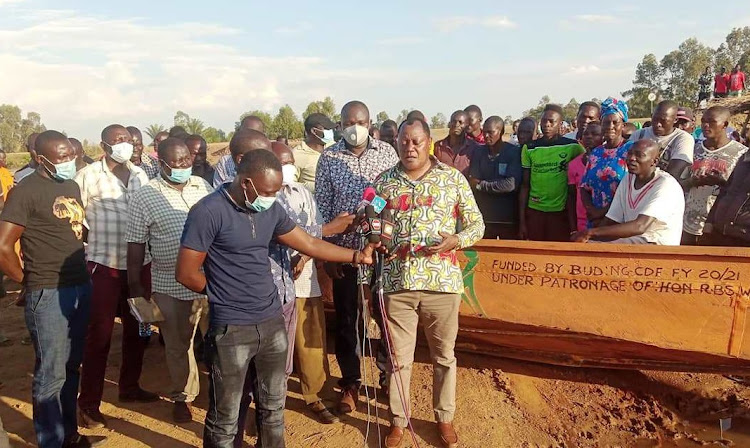 Residents of Budalang’i have received 32 boats worth Sh2.2 million to support rescue operations during floods.

Budalang’i MP Raphael Wanjala said on Tuesday the delivery of the boats was a fulfilment of his 2020 promise to residents after the subcounty was hit by heavy floods that displaced over 40,000 people.

The boats, which were delivered to residents, were built courtesy of the National Government Constituency Development Fund.

The largest of the 32 boats will be stationed on Marenga beach to replace a similar vessel that was destroyed last year by floods.

Twenty-three medium-sized and eight small boats will be distributed to various groups along Lake Victoria shores to facilitate the movement of people whenever floods occur.

“During the 2020 floods, which caused serious destruction to the Budalang’i community, we were faced with a challenge of moving the affected households and their property to higher ground and rescue centres,” the MP said.

"I made a promise to construct rescue boats that would come in handy during such moments."

The lawmaker said besides aiding rescue operations, the boats will also be used to facilitate the daily movement of people to various islands in Lake Victoria.

Wanjala said the vessels will also be used by locals to transport sand after harvesting, which will go a long way in supporting them to earn a living.

“These boats will also go a long way in serving the youths during sand harvesting which happens to be the main economic activity along River Nzoia and in turn promoting their livelihoods.”

“We want to empower the youth and women groups.”

He said residents have for long suffered since boat owners have been charging exorbitant fees before helping them move to safer areas when it floods.

Wanjala said those who will operate the boats will not be expected to charge residents any money.

In May 2020, heavy floods hit Budalang’i, displacing more than half of the population.

Two people died after being swept away by the floods.

Residents were evacuated by boat, while some waded through the water, carrying a few household items.

The MP said Budalang’i still faces challenges during the rainy season as logistical mobilisation during flooding is an overwhelming task. 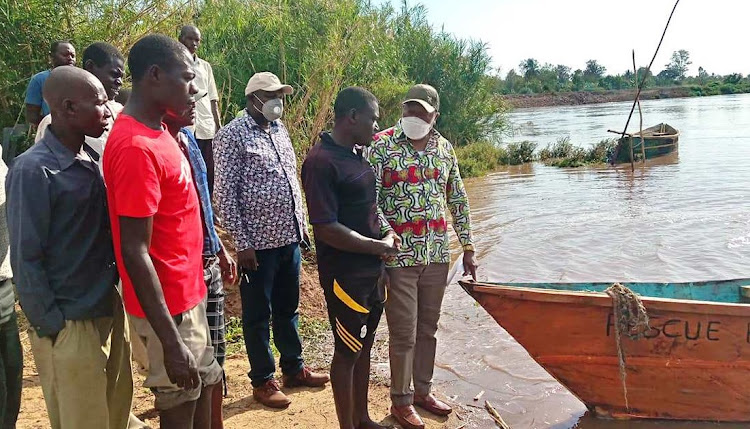 AID: Budalang'i MP Raphael Wanjala said those who will operate the boats will not be expected to charge residents any money.
Image: EMOJONG OSERE
by EMOJONG OSERE Correspondent, Busia
Western
12 October 2021 - 22:00