Ekisa says the public ought to understand that the county has only one fire engine, which serves seven subcounties. 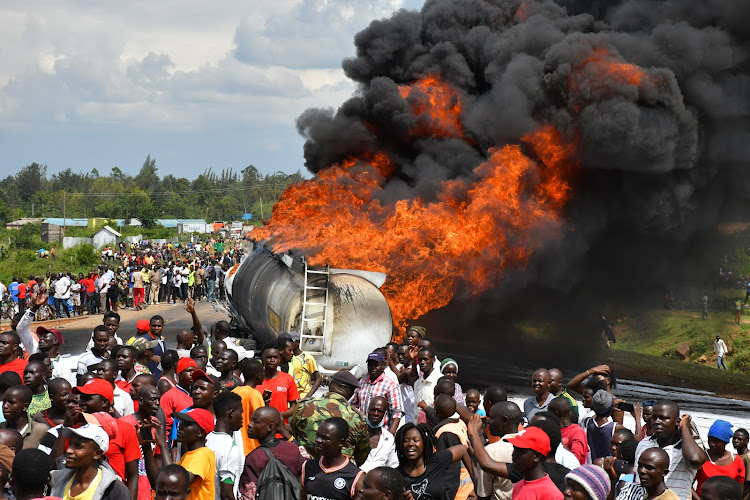 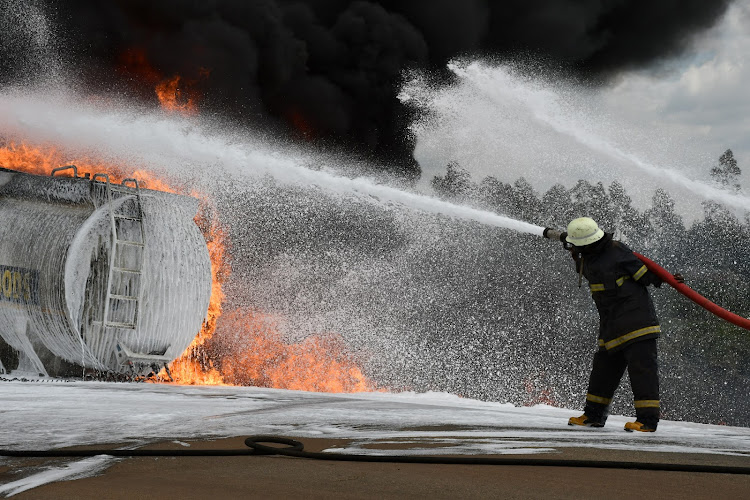 RESCUE: A firefighter at the scene.
Image: EMOJONG OSERE 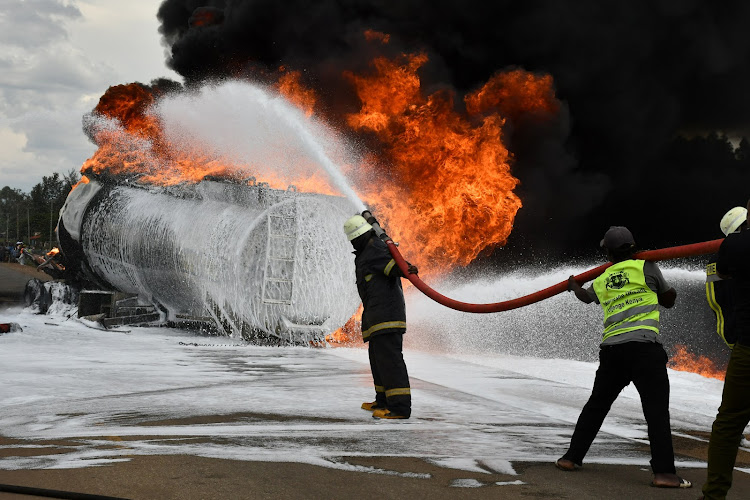 The Busia government on Saturday evening withdrew a fire engine that had been deployed to put out a fire after a fuel tanker exploded in Malaba town.

Officials from the disaster management department told the Star they were forced to withdraw the fire engine after residents who accused the county of responding late to the incident threatened to burn it.

Firefighters were repulsed with stones after residents said it made no sense to arrive at the scene when it was too late.

The fuel tanker exploded at about 3pm. It took more than an hour for the fire engine to arrive.

It takes approximately 40 minutes to drive from Busia to Malaba.

By arrival time, the diesel tanker had been almost wholly consumed by fire.

County disaster management director Joseph Ekisa said the public ought to understand that the county has only one fire engine, which serves seven subcounties.

He, however, said his department is working tirelessly to ensure the county secures a fire engine to be stationed in Malaba town to avert a repeat of delays as experienced on Saturday.

"Let the public understand that we are still strained in resource terms. We only have one fire engine, but efforts are being made to secure one for Malaba. Their issues will be sorted out soon," Ekisa said.

He said members of the public should seek information from the right authorities other than rely on propagandists who feed them inaccurate information about county government operations.

Ekisa faulted county government critics, claiming that the budget for Malaba fire engine had been cancelled and the money channelled to a different project.

Teso North subcounty police commander David Muange said the fuel tanker fire may have occurred after one of the tyres caught fire due to friction. 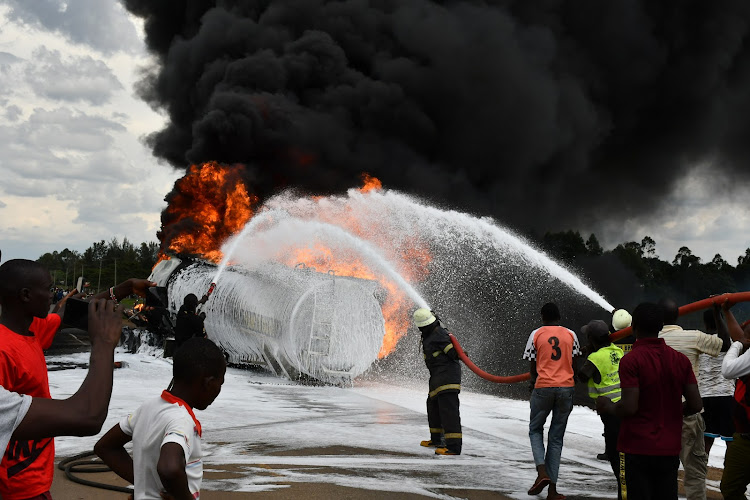 BY ALL MEANS: By the time the firefighters arrived, the fire was already uncontrollable.
Image: EMOJONG OSERE 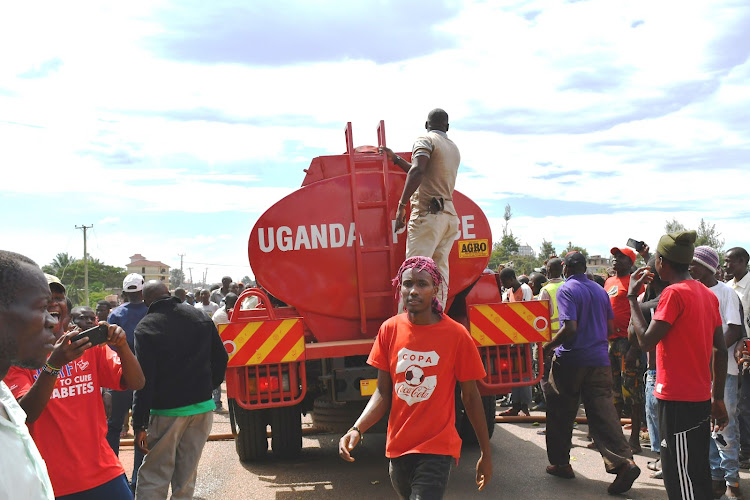