Ogiek quest to occupy forest is to marry many wives, court told

The community is laying claim on Mt Elgon arguing that the government erred in evicting them. 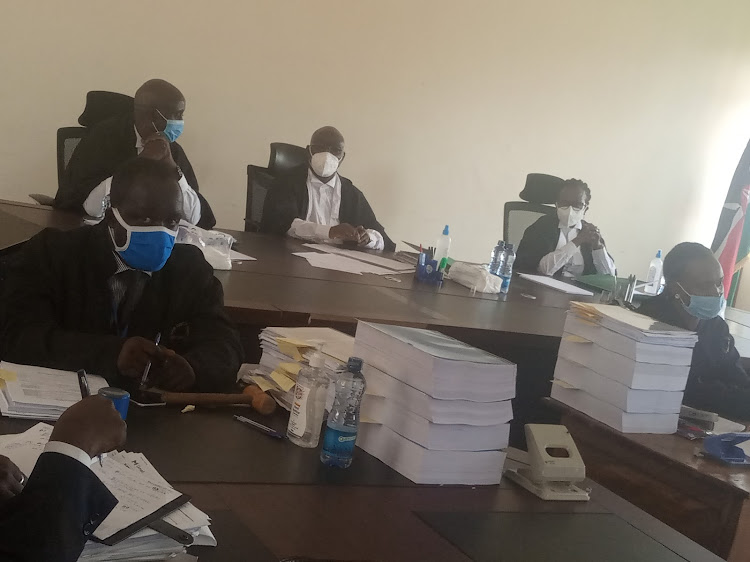 A lawyer representing the Kenya Forest Service has accused the Ogiek community of wanting to invade Mt Elgon forest so that they can have space to marry many wives.

In its final submission the KFS through its lawyer Nixon Sifuna argued that the petitioners were pretenders and polygamous men who wanted to acquire the forest land illegally, which shouldn't be allowed.

“We submit that the forestland is not where they live and they only want the land to accommodate their many wives,”Sifuna told court

Sifuna further argued that the community was never evicted from the forest in the first place since they never lived there, and Kenya has no hunter-gatherer community.

"This petition has an ill motive which will encourage other Kenyans to invade and destroy forests," he said.

Sifuna further argued that Mt Elgon was a key water tower for the country and the community shouldn't be allowed in the forest.

The case is a petition in which the Ogiek community is laying claim on the Mt Elgon.

The case will be ruled on December 9 this year .

The community members have told a three-judge bench that the Ogieks and forests are inseparable.

Judges Boaz Olao, Stephen Kibunja and Nelly Matheka have been hearing the case that had its final submissions before a Bungoma court .

The Kenya Wildlife Service, through its lawyer, Emmah Odiwuor, argued that the Ogiek had not been evicted from the forest, but shouldn't be allowed in the area since that will lead to destruction.

"Let's not set a bad precedent by allowing the destruction of forests," she said.

She further noted that the community ought to have taken the de-gazzetement of the forest to Parliament and not to court .

The Ogiek community, through their lawyer, Emily Kinama, however argued that they were indeed hunter-gatherers, and the precedents set by sister courts had already declared the same.

Emily called on the court to dismiss submissions by both KFS  and KWS, arguing that the Ogiek were bonafide inhabitants of the forest.

The community wants the government to de-gazette the national park and compensate them for the loss of property they incurred after KFS, wildlife officers and the police evicted them in 2016.

Kitelo had earlier  told the court that they had nowhere to go.

"The community has suffered a lot over the last eight years and now we want justice to be done," he said.

Petitioner Johnson Ngeywo said they do not understand why the government decided to act brutally on them.

He said his parents were buried in Chepkitale and, according to their culture, he is not supposed to abandon their graves.

"My parents died in 1948. There is no way I can abandon their graves," Ngeywo said.

He said their livelihoods depend on Mt Elgon, where they farm, keep bees and gather fruit.

"In fact, it's a taboo to move Ogieks out of the forest as they will die," Ngeywo said.

Community members say they have occupied the land since 1932 after the colonialists chased them away from their farms in Trans Nzoia.

Post a comment
WATCH: The latest videos from the Star
by JOHN NALIANYA Reporter
Western
05 October 2021 - 22:00
Read The E-Paper