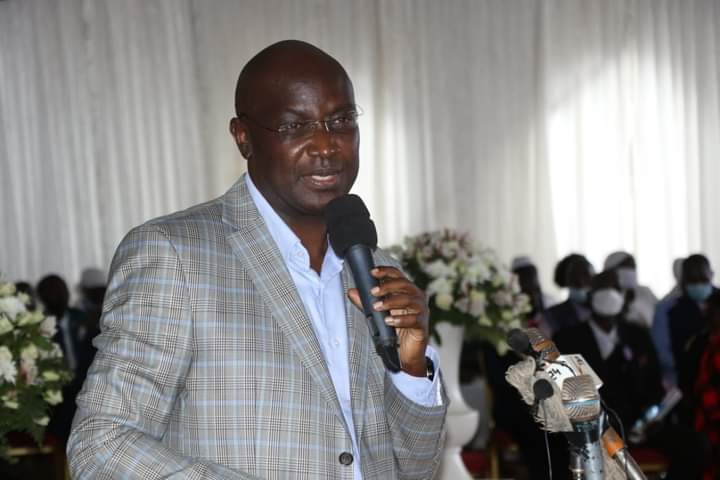 Speaking in Maraka, Webuye East constituency, Wangamati said Mudavadi is a poor mobiliser and can't marshall the needed votes that can propel him to State House in 2022.

"I pity some leaders, the likes of Mudavadi, if you can't mobilise the Western region to rally behind you, how can you mobilise residents of other regions?  You must first lock your region before proceeding to other regions," he said.

Wangamati averred that Mudavadi has only visited Bungoma county thrice and has not even contributed to any development in the region, not even fundraising for mama mbogas.

"Somebody has made a huge impact in Bungoma, the likes of the Deputy President William Ruto, Mudavadi is not even known beyond his Vihiga backyard, let him not waste his resources on the campaign trail because he has no support," he said.

The governor said an astute leader will emerge and will head the Western region.

"Those that are currently in political leadership in the region seem like they inherited the leadership," he said.

"A leader will emerge that will unite the Luhya community and make them speak in one voice," he said.