• Chania and Agoi set the ground for a massive party membership recruitment drive  in Kakamega on Tuesday.

• Agoi said Kenyans should embrace leaders with clear visions on how to empower them and reject those promoting the culture of tokenism. 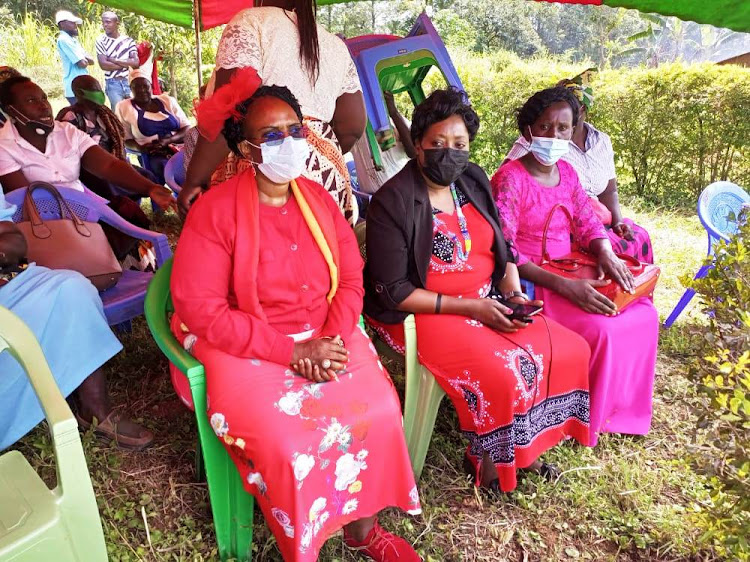 Kanu has started recruiting members in a bid to bolster itself ahead of the 2022 General Election.

Party national women congress secretary Gladys Chania and vice secretary Loice Agoi were in Kakamega on Tuesday, where they set the ground for a massive party membership recruitment drive.

Agoi, who has declared interest in the Kakamega Woman Representative seat, said Kanu stands for responsible leadership that carries the aspirations of Kenyans, especially the youth.

“We’re in Kanu because it’s a party that respects women's rights. It’s not a party where women must lower their skirts to be given tickets,” she said.

Agoi said Kenyans should embrace leaders with clear visions on how to empower them and reject those promoting the culture of tokenism.

“We want leadership that will come up with programmes to empower the youth and enable them to generate their own income using whatever means they have. We want to see our youths move from boda boda to operate pickups,” she said.

Chania said Kanu was aware that BBI initiative to change the Constitution was dead and life must go on.

“What is important to us as a party now is to ensure that the right leadership will be able to pursue some of the good proposals that were contained in the document,” she said.

“We need a leader who will be closer to the people and listen to their problems and offer long term solutions and not handing out tokens and leaving you where you are.”

The two spoke at Emukaba village in Lurambi constituency, where they met women to sensitise them on the ongoing party registration.

Kanu is one of the constituent parties in the One Kenya Alliance (OKA), which is preparing to succeed President Uhuru Kenyatta. Other parties in OKA include ANC, Wiper and Ford Kenya.

Kanu leader Gideon Moi has declared interest in the presidency in the August 9 General Election.

Gideon is angling to wrestle the expansive Rift Valley from the grip of Deputy President William Ruto.