Many decades since the crop was first introduced in Kenya, farmers are still trapped in poverty due to exploitation.

• Farmers are still trapped in a cycle of poverty even as many would think that they bag millions of shillings. 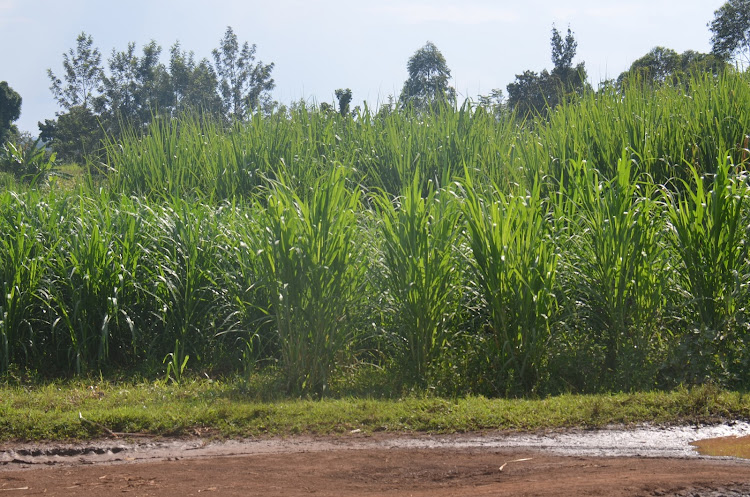 It is 5am and Wycliffe Wadeya is already toiling on his two-acre farm, looking forward to getting a good sugar cane harvest this year.

His wife, Mary Akello, is also awake but busy preparing him breakfast and sprucing up their mud-walled house before she can join him on the farm.

At exactly 6am, Akello is already done with all their four children and releases them for school before she hits the road to work next to her husband of 20 years. The day replicates in that order from the onset of cane planting preparation to the crop’s delivery to the market.

The whole scenario indicates how busy a sugar cane farmer is throughout the growing and selling period. One would expect the farmer to get maximum profit out of his or her hard work.

However, the story is heart-rending in Migori. The crop is grown in plenty, hence the farmer finds himself in a sea of frustrations and exploitation that result in poverty year in year out.

Many decades since the crop was first introduced in the county, farmers are still trapped in cycles of poverty even as many would think that they bag millions of shillings.

“Those who do not know have the notion that sugar cane farmers are rich. But look at their lifestyles; you will outrightly dismiss this thought.

"All of them are still living in ramshackle houses and many cannot offer a good education to their children,” said Odiwuor Odera, former chairman of the now-defunct Migori County Council.

Kuria West to Migori, Uriri, Rongo and Awendo form the Awendo sugar belt. Across all the constituencies, the story is the same and the farmers’ woes have been squarely blamed on high exploitation by millers and cartels involved in the importation of sugar.

The firms, including the semi-autonomous South Nyanza Sugar (Sony), Ndhiwa-based private company, Sukari Industries, and the Trans Mara-based factory, Mara Sugar Factory, have all been taking advantage of farmers’ ignorance to pay them low prices even as leaders make unheeded appeals for price increases every year.

The factories always dangle good credit facilities and are even ready to advance farmers some payments as they wait to deduct from the next season’s crop deliveries. But unknown to farmers, the repayment interests are crafted in such a manner that they silently chop huge sums of money from farmers’ gross earnings, leaving them with peanuts as the net take home.

Local leaders and farmers have always petitioned the state to revitalise the sugar industry through favourable policies that include lowering the cost of production and infusing good prices.

However, all these efforts have not had any impact as farmers have continued to grow the crop against the weighing odds, arguing that they have no alternative crops worth turning to at the moment.

“We have tried cotton, embraced sunflower, reverted to tobacco, and picked on beekeeping, but all have challenges that we are not able to handle as poor farmers,” noted Kepha Owino from Oyani, Uriri.

Owino said what they earn from their labour-intensive investment is so little that it cannot improve their lives owing to the ever-rising inflation in the country.

He said some companies delay their payments, the notorious one being Sony, which is reported to still owe them over Sh500 million from cane delivered in the past two years.

More than 500 farmers from Kuria, Migori, Rongo, Awendo and Uriri are still stuck with hundreds of tonnes of mature sugarcane on their farms that cannot be harvested because of lack of capacity by the three factories. 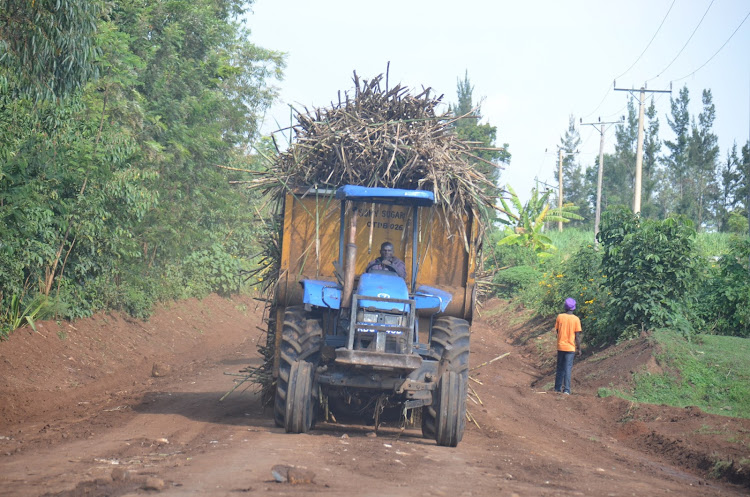 The cash-strapped Sony, which is government-owned, has the highest number of registered farmers but is unable to harvest, mill, and pay farmers their rightful dues on time because it currently operates an obsolete plant.

“Why continue selling your crop to a company that has not paid for the produce you delivered two years ago?” former councillor Odera asked as some farmers recently complained about delayed payments.

The former Central Kanyamkogo civic leader cautioned farmers against dealing with companies that do not serve them well. He reminded them of the free market economy that offers one an opportunity to choose whom to do business with.

"You are free to sell your produce to any of the two private sugar milling plants in this region that pays your dues within one week for your benefit,” he advised.

But still, the choice of selling to the Asian-owned factories has got some serious consequences, according to local farmers. They claim the two factories steal from them by using fake weighbridges that reduce the actual cane tonnage by half.

Unlike the tobacco crop that poses a lot of health hazards to farmers right from the nurseries to the kilns where the green leaves are treated before they are sold in the market for cigarette making, sugarcane is less dangerous to human health, except that it is prone to fire accidents.

Sugarcane is also environmentally friendly as it attracts rain, greens the region, and cleans the air. However, the low prices have for long left farmers on the horns of a dilemma. They have requested the government to assist them to find alternative crops.

But millers maintain that their prices suit the prevailing economic situation.

“You don’t expect these companies to pay above the official recommended price. We pay as per the government’s stipulated price for us also to make a profit, which fits,” said Sony acting MD John Ligawa during a recent interview.

Ligawa said much as some of the companies are to blame for the farmers’ problems, some of the farmers are also not keen on how they spent their earnings.

“There are those of them who waste their earnings in drinking beer and women and forget that they have children to take to school and families to take care of,” he said, citing numerous cases where some homes have broken up over misuse of sugarcane money by irresponsible men.

Agnes Juma, a farmer from Rongo, concurred that some men misuse funds, and their families end up being beggars throughout their lives.

She said growing the crop is not all that bad if the little money earned can be spent wisely.

“I am aware that some of our husbands have in the past fallen victims to young girls who prey on them when they earn from selling their produce,” she added.