Vihiga was advised to buy transformer for oxygen plant – MCA

The Sh30 million oxygen plant from France is grounded due to an electrical fault.

• The plant was acquired to help the county cut expenses for buying oxygen from other counties and to lower the ICU costs for residents.

• Inonda said the county has insufficient cylinders to ferry oxygen from neighbouring counties. 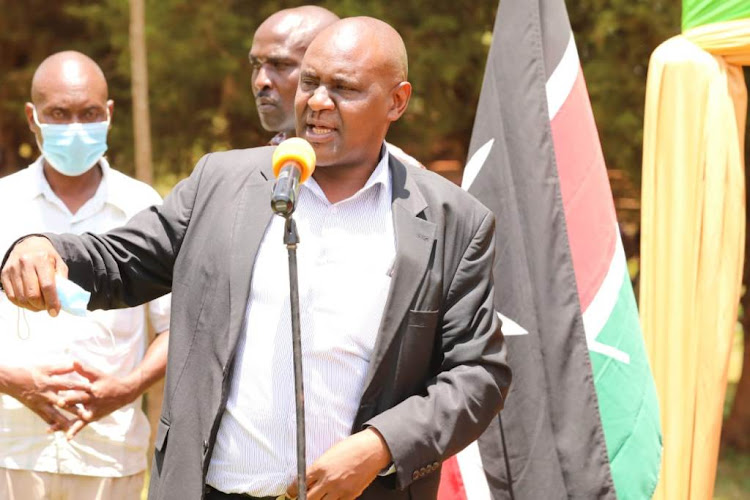 The Vihiga government had been advised by Kenya Power to buy a transformer before installing the now-grounded oxygen plant in the county, an MCA has said.

Tambua MCA Karega Mboku on Monday told the county assembly that Kenya Power-Mbale branch had suggested that the county buys a Sh5 million transformer that would be robust enough to provide power without interruptions. The transformer has not been bought.

“We had factored in that budget for the transformer and the extra cost of Sh2.5 million for piping that oxygen to our referral hospital,” the MCA, who is also the county assembly health committee chairman, said.

“That plant requires more power to run its engines, so linking it to the main power supply at the facility is not of any help.”

The Sh30 million oxygen plant from France is grounded due to an electrical fault.

However, a source within the facility said the engineer who installed the plant has promised to repair it once the power issue is resolved.

The plant was acquired to help the county cut expenses for buying oxygen from other counties and to lower the ICU costs for residents.

Governor Wilbur Ottichilo set up the plant after the country was hit by oxygen shortage amid the Covid-19 pandemic.

Mboku said they have invited acting health executive Inonda Mwanje and chief officer Mary Anyienda to explain why they didn’t raise those concerns with the health committee in the assembly.

“Our oxygen plant had a mechanical breakdown that was a result of power. We are currently in talks with KPLC management in Mbale town to set up a mini-transformer to avoid such disasters in the future,” Inonda said earlier this week.

Inonda said the county has insufficient cylinders to ferry oxygen from neighbouring counties.

"Our referral hospital requires seven cylinders on a daily basis but at the moment we only have three," he said.

He was appointed in an acting capacity after former health executive Amos Kutwa was removed from office.