• They want the government to degazette the national game reserve and compensate them for the loss of property they incurred during eviction.

• Petitioner Kitelo told the court that they had nowhere to go. 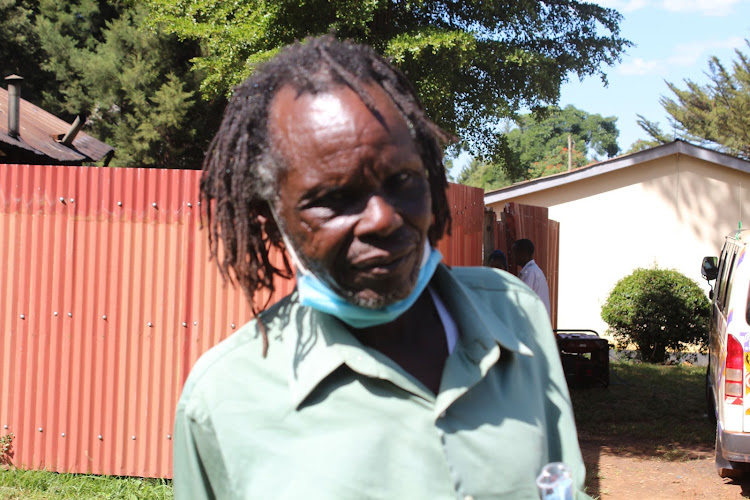 Cosmos Chemwotei, a member of the Ogiek community, outside the court
Image: JOHN NALIANYA 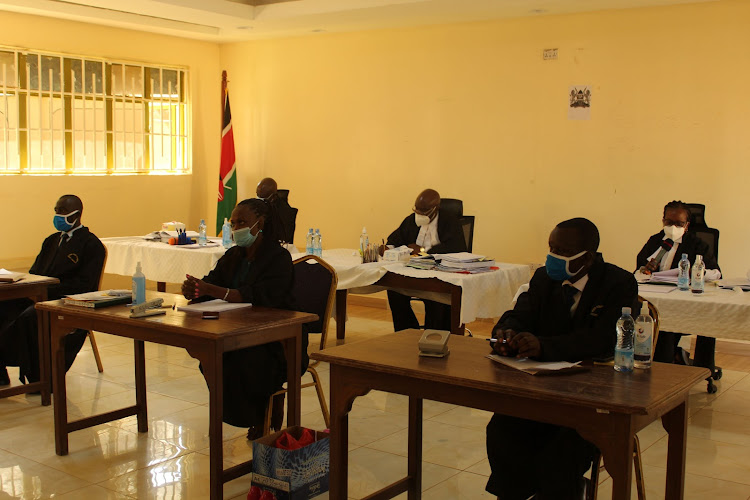 A three-judge bench has begun hearing a petition in which the Ogiek community has sued the government for evicting them from Mt Elgon Forest.

The Ogiek community living in Chepkitale in Mt Elgon Forest says the government erred in evicting them from the land and gazetting it as a national game reserve.

Community members say they have occupied the land since 1932 after colonialists chased them away from their farms in Trans Nzoia.

Their case is being heard by judges Boaz Olao, Stephen Kibunja and Nelly Matheka.

The community wants the government to degazette the national game reserve and compensate them for the loss of property they incurred after the Kenya Forest Service, wildlife officers and the police evicted them in 2016.

Kitelo told the court that they had nowhere to go.

"The community has suffered a lot over the last eight years and now we want justice to be done," he said.

Petitioner Johnson Ngeywo said they do not understand why the government  decided to act brutally on them.

He said his parents were buried in Chepkitale and according to their culture, he is not supposed to abandon their graves.

"My parents died in 1948. There is no way I can abandon their graves," Ngeywo said.

He said their livelihoods depend on Mt Elgon Forest, where they farm, keep bees and gather fruit.

"In fact, it's a taboo to move Ogieks out of the forest as they will die. Forests and us are inseparable," Ngeywo said.

Nixon Sifuna, who was representing KFS, said Ogiek's can still engage in beekeeping and other agricultural activities outside the forest.