It is part of the greater scheme to help the government attain the 10 forest cover. 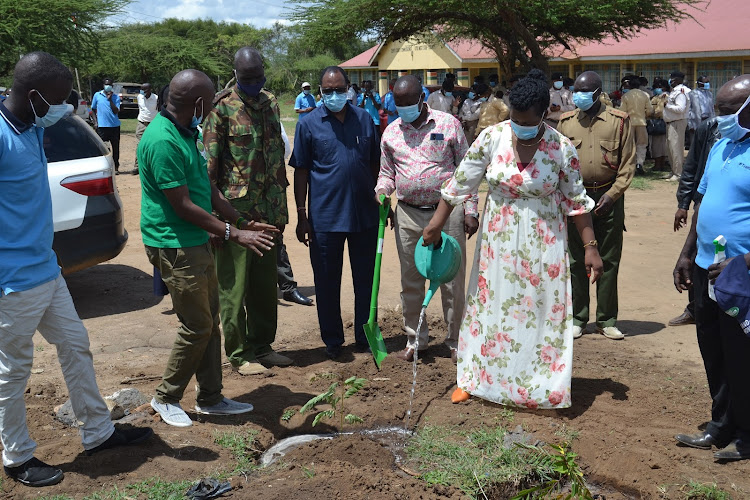 OFFICIATE: Kitui West MP Edith Nyenze water a tree seedling she planted during the launch of the Greening Empty spaces inititive at Ndolo's Corner in her constituency on Friday.
Image: Musembi Nzengu

A drive to make public places hospital and environmental friendly has been launched.

We The Tree community-based organization in Kitui has embarked on the initiative to plant up to 37,000 tree seedlings during the March-May rainy season.

The organization is engaged in climate change mitigation.

“We have launched a climate change mitigation programme where we target to plant 1 million trees by the end of 2023.”

“The Greening of Empty Spaces programme is part of the greater scheme to help the government attain the 10 forest cover,”  he said.

Speaking at the Kitui West sub-county headquarters, during the launch of the Greening Open Spaces intuitive, Kavisi said it befits every Kenyan to heed President Uhuru Kenyatta’s call toward the attainment of 10 per cent forest cover. 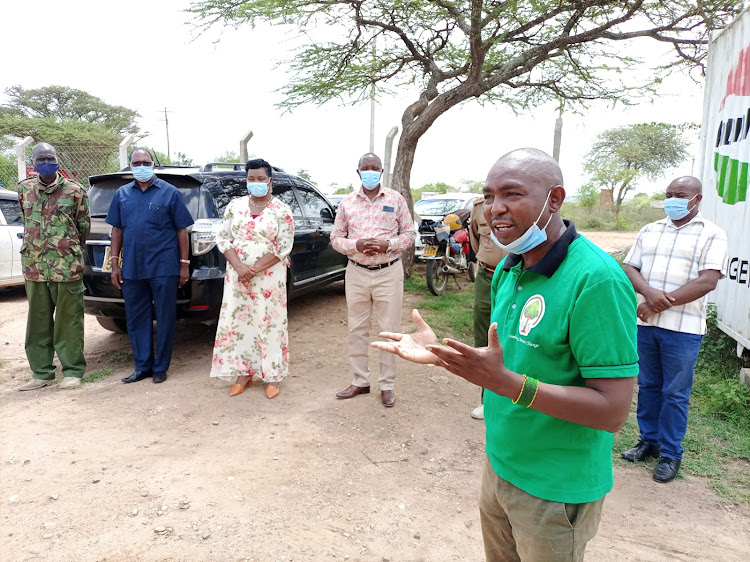 MITIGATION: The CEO of We The Trees CBO Francis Kavisu speaking during the launch of the Greening Empty spaces inititive at Ndolo's Corner headquaters of Kitui West sub-county on Friday.
Image: Musembi Nzengu

Kavisu said the organization had partnered with the Kitui West NG-CDF office to plant 500 trees not only at the CDF premises but at the area deputy county commissioner’s precincts.

He said both places appeared homely.

“We have another facet of the programme in which we have incorporated all the 1788 members of partner self-help groups who are undertaking agroforestry activities in their farms. We are encouraging them to intercrop trees with their food crops to increase tree cover,”  Kavisu said.

Area MP Edith Nyenze said the idea of planting trees in open places especially in government offices and markets was most welcome.

She said most of those places were bare or had little tress and thus appeared unattractive and not welcoming due to unbearable high temperatures.

“The trees make the air cool and the ambience attractive to human beings. When we have plenty of trees, not only do they attract rain but they keep us in good health making us less vulnerable to diseases,” the MP said.

She announced that Equity bank had also pledged to donate at least 10,000 tree seedlings to her CDF office to be planted across the constituency this rainy season.