• Former Vice President Moody Awori, long-serving Attorney General and now Senator Amos Wako and Lorna Pamba who served as the first mayor for Busia municipality between 1997 and 2000 are among those to be honoured. 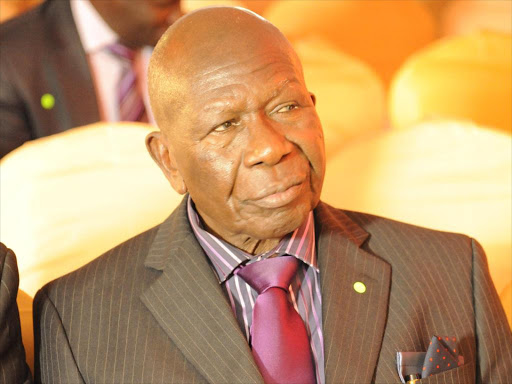 Former Vice President Moody Awori is among those to be honoured
Image: FILE

Busia MCAs on Wednesday passed a motion for the establishment of an information centre to archive achievements and histories of the county's trailblazers.

The ward representatives said such heroes and heroines risk being forgotten despite their immense contribution to development.

They want the centre to archive all information about great people in all fields, including sports, tradition and political leadership.

The motion also wants the county government, through the department of culture and sports, to come up with structures and modalities of honouring political, local and traditional leaders, as well as notable persons for their role in building the county.

The motion was moved by deputy speaker Lawrence Okaale Murunga, who is Angurai North MCA. He said just like is the tradition of the President to honour heroes and heroines on Mashujaa Day, Busia governor should do the same during cultural celebrations.

"Our heroes and heroines are aging. If their information will not be put in the centre to be established then they will not be known," Okaale said.

"It's my prayer that the relevant department will establish the information centre where locals and visitors can learn about the history of the county and gain from its rich heritage."

The MCA said most of the leaders and notable persons pass away without any form of recognition despite their immense contribution to the growth of the county.

Former Vice President Moody Awori, long-serving Attorney General and now Senator Amos Wako and Lorna Pamba who served as the first mayor for Busia municipality between 1997 and 2000 are among those to be honoured.

Other heroes who have since died include Ojamaa Ojaamong, Oduya Oprong and Achiya Echakara. The MCAs said roads and other county installations should be named after them.