Bungoma woman rep, 7 others injured in accident during campaign trail

Car rammed into them as they were receiving party leader Moses Wetangula.

• Driver believed to have wanted to engage a reverse a gear but accidentally engaged front gear instead. 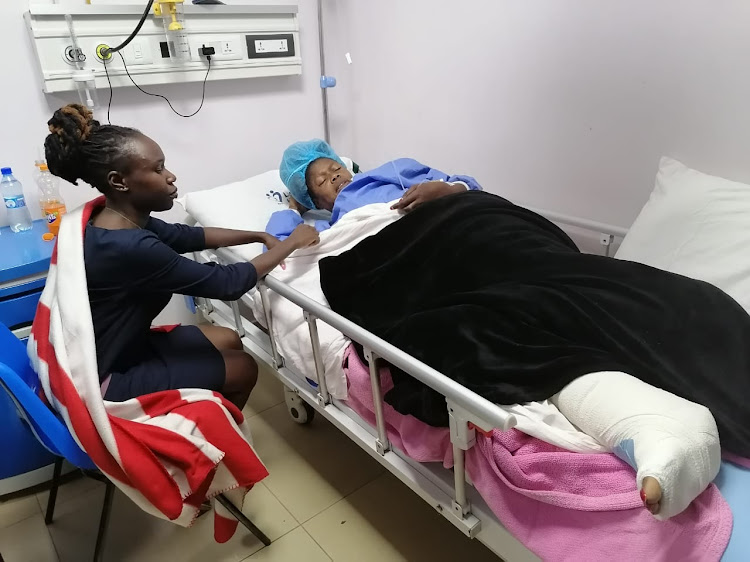 Bungoma county woman representative and seven other people were seriously injured during an accident on the last day of campaigns for the Kabuchai parliamentary by-elections.

Catherine Wambilianga was injured at the home of Ford Kenya aspirant Majimbo Kalasinga in Sikusi when a vehicle that was part of their entourage lost control and rammed into them as they were receiving party leader Moses Wetangula.

“The vehicle belonging to Chwele MCA Barasa Mukhongo lost control and rammed into the crowd," said an eye witness.

"I think the driver wanted to engage a reverse a gear but accidentally engaged front gear instead.”

Her communication officer Fred Sanane told the star that she was stable after the surgery.

“Yes mama was involved in a small accident but she is currently in a stable condition," he said.

She is said to have suffered two fractures on her leg.