Already, Mumias Level 4 Hospital, which serves as the main isolation centre, is overstretched.

• By Friday evening, Mumias had 61 patients against a capacity of 50.

• The same evening, the county had another 42 cases that required admission and were moved to Likuyani. 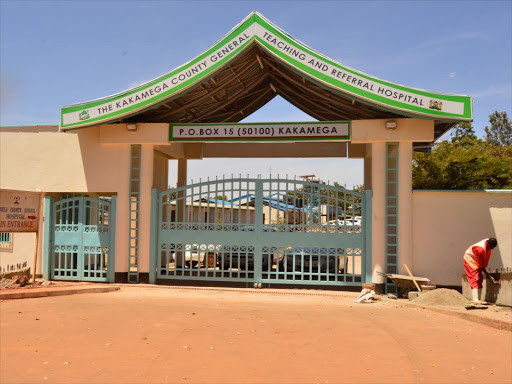 Kakamega county could be in for a crisis following a spike in Covid-19 cases within the past two weeks.

Already, Mumias Level 4 Hospital, which serves as the main isolation centre, is overstretched. Likuyani Subcounty Hospital and the county general hospital have been activated to hold patients.

By Friday evening, Mumias had 61 patients against a capacity of 50. The same evening, the county had another 42 cases that required admission and were moved to Likuyani.

The county has more than 100 patients. This is its highest number since the first case was detected in the country in March.

"The patients include prison warders, inmates, medical workers, MCAs and one student but I can't name the institution," a senior health official who declined to be named told the Star.

Nabongo health centre in Kakamega town has been shut for weeks now after the virus struck the facility. The county Finance and Trade departments have also been hit in recent weeks.

Health workers blame inadequate training and lack of adequate supply of protective gear for their exposure to the infection.

Among those affected is a senior county official in Governor Wycliffe Oparanya's office and his wife. The wife works in one of the affected county departments.

County director of health William Olaka on October 16 directed all county employees who get in contact with Covid-19 cases to self-quarantine, failing which they risked being prosecuted.

"In the last two weeks, the county has witnessed an upsurge of cases where the county workforce has not been spared. This is a worrying trend," said Olaka, who is the county head of preventive and promotive health services, in an internal memo.

Health executive Collins Matemba admitted that the county was already in a crisis but declined to give figures, saying he was not authorised to speak to the press on Covid-19 issues.

"It's true Mumias is at its maximum. Lurambi sub-county is the hardest hit. Shikusa prison and the GK prison are the hardest hit institutions," Dr Matemba said.

"The few nurses who were trained have been deployed to work in isolation wards in Mumias, yet the other untrained nurses are exposed while rendering their services to the general public, most of whom are asymptomatic.

"The training should be restarted, and all nurses trained to ensure they are armed with the requisite knowledge on this pandemic," Openda said.

He said the county government only paid Covid-19 allowances awarded by President Uhuru Kenyatta to motivate health workers for three months and stopped despite the fact that the virus has not been eradicated.

"This has demoralised health workers. I'm also calling upon the county governments to speedily roll out the insurance package as was instructed by the President to cater for workman compensation scheme for nurses infected with Covid-19 in the line of duty," he said.