• But the two MCAs say the government should provide youths with opportunities to make ends meet and keep them from crime. 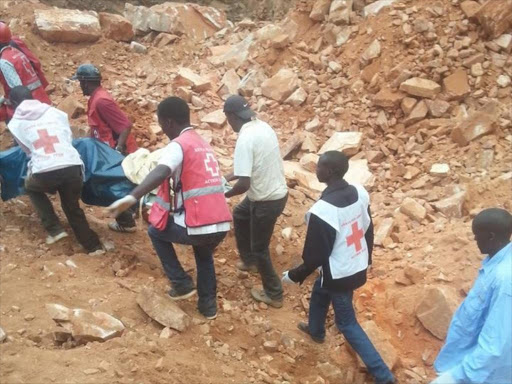 Two Busia MCAs have disagreed with a chief over a sand harvesting ban in Budalang'i.

Budalang'i assistant chief Oscar Ngira on Saturday said scores of sand harvesters have died on the field. He spoke during the burial ceremony of Friday Ndekwe who was buried alive while harvesting sand a week ago.

Ngira warned that harvesting of sand in Bunyala North ward has caused several deaths adding that stern action would be taken against those who will defy the ban.

But two nominated MCAs Bernard Odako and Patrick Obongoya, who had attended the burial, said the majority of unemployed youths from Bunyala North and Budalang'i at large depend on the activity as their main source of livelihood.

The two leaders said there was an urgent need on the part of the government to create employment opportunities for youths in Bunyala subcounty.

“Banning them from harvesting sand might force them to engage in crime to make ends meet," Obongoya said.

Ngira also warned a group of criminal gangs engaging in the theft of livestock and breaking into peoples’ houses and business premises at night saying their days are numbered.