• Mumias Sugar's is operating below capacity due to accumulated debts and inadequate cane occasioned by poaching by rivals.

• Company plans to lease out non-milling assets to private entities to manage them as part of cost cutting measures. 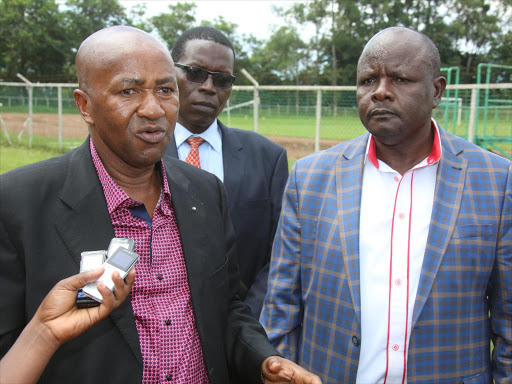 Mumias Sugar Company has denied reports it plans to sell off some of its assets to raise money for operations.

Wetang’ula on Tuesday said the board was comprised of people lacking knowledge on sugar matters. He said the company was planning to sell assets instead of coming up with a revival strategy.

“I have noted with concern that the board has made an announcement that they intend to dispose off some of the company’s assets including golf course, schools that have been the flagship projects and pride of the company and real estates,” Wetang’ula said.

“Our suggestion as the board and management is to commercialize some of the non-core ventures and assets we have through leasing and not selling. We do not have any plans to sell company assets,” Ngumbau said.

He said that the company can sustain its operations without relying on bailouts from the government, if it concentrates on its core function of milling sugar.

The company plans to lease out non-milling assets to private entities to manage them and pay the company as part of cost cutting measures.

“We have a blueprint and strategic plan for the company. We have started to implement it to ensure the company is profitable by trying to reduce our expenditures to stabilise the factory financially,” he said.

The factory is partially operating until cane deliveries improve to operate at full capacity. The ethanol plant is also functional, he said.

“We have negotiated with some of the employees and offered them a package to retire early. We have also negotiated with lenders, unions and farmers to support the revival process. We are grateful to Kenya Power accepted to reconnect the electricity,” he said.

Those who will lease the assets will serve as agents of the company and manage the assets on its behalf.

“In 2017/2018 financial statement we got a Sh5 billion impairment loss because of ventures that are not operational. We do not want that to happen again. We will turn to profit making if only we focus on our core business, which is cane crushing, and lease other ventures for proper management and increase revenue for Mumias Sugar Company,” he said.

Sheunda said the company is not up for sale. He asked political leaders from Western region to stop politicising the revival process for but support it instead.

“We want to make profit not loss like in the previous years,” Sheunda said, adding that the cost cutting measures were on course.

“We want an agent to plant cane on the company’s land which is idle and manage it well. The cane will be delivered to the factory. Politics will derail the revival process,” he said.