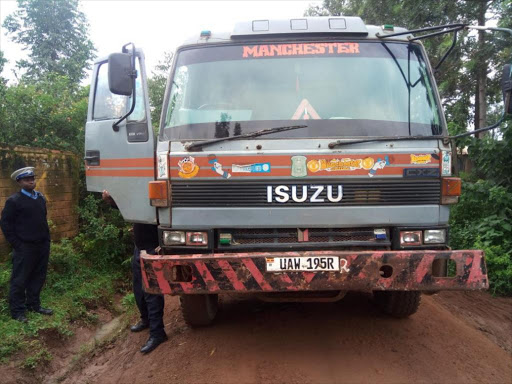 Corruption and cartels thrive at Webuye weighbridge under the nose of police officers.

An officer, speaking on condition of anonymity because he is not authorised to comment, said truck drivers use illegal routes to evade the weighbridge check.

He told the Star on Wednesday the overloaded trucks are from Mombasa, Uganda, the DRC, South Sudan and Rwanda.

The source said the trucks avoid the weighbridge and use the Sikata-Bokoli-Kimilili, Dina Junction-Misikhu-Kimilili-Sikata roads and Bukembe-Milo-St Joseph or the Metropolitan Junction route.

Webuye OCPD Zacheeus Ng’eno told the Star he was not aware of problems. He said a senior officer is in charge, and he reports directly to the head office in Nairobi.

The Star was not able to get comment from the station commander at weighbridge. This writer was not allowed in to speak to the police boss.

The officer said they are unable to arrest culprits because they have informers at the station, and in Webuye town.

A lorry ferrying molasses from a sugar firm recently was seized in Maraka after avoiding the weighbridge.

In January last year, five people in an overloaded truck died after Sikuvale bridge collapsed. The driver had detoured from the weighbridge.

“For the behaviour to end, cops at the weighbridge should be transferred,” he said.