MPs Washiali, Injendi of the hook as petitions against them flop 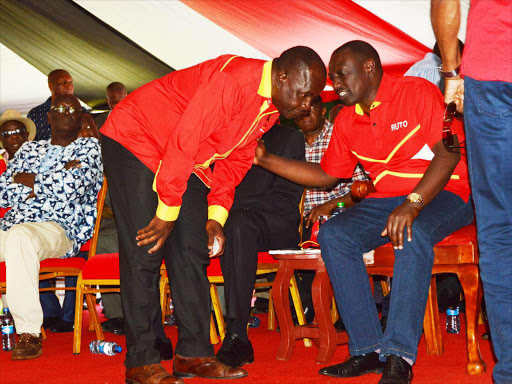 Election petitions against two Jubilee MPs in Kakamega have failed.

Gilphine Omwenga asked the court not to proceed on grounds her case had been weakened after the IEBC withdrew some evidence.

Mulwa directed the petitioner to file and serve all the parties with the application to withdraw.

The judge directed the parties to appear on December 16 to conclude the matter.

A petition against National Assembly chief whip Ben Washiali’s as Mumias East MP was struck out a month ago.

This was after the court ruled that affidavits filed by petitioner David Wamatsi were not valid as they were not sworn before a commissioner for oaths.

Two other Jubilee MPs in the county, Emmanuel Wangwe (Navakholo) and Bernard Shinali (Ikolomani), are still battling election petitions filed against them.