Mercy Chepkorir scored a C+ and is happy that she is among 173,345 students who qualified to join university

• She narrated how she dropped out of school in 2001 after completing primary school because there was no money for her to join secondary school.

• Just before the onset of Covid-19, Chepkorir decided to go back to school despite her age. 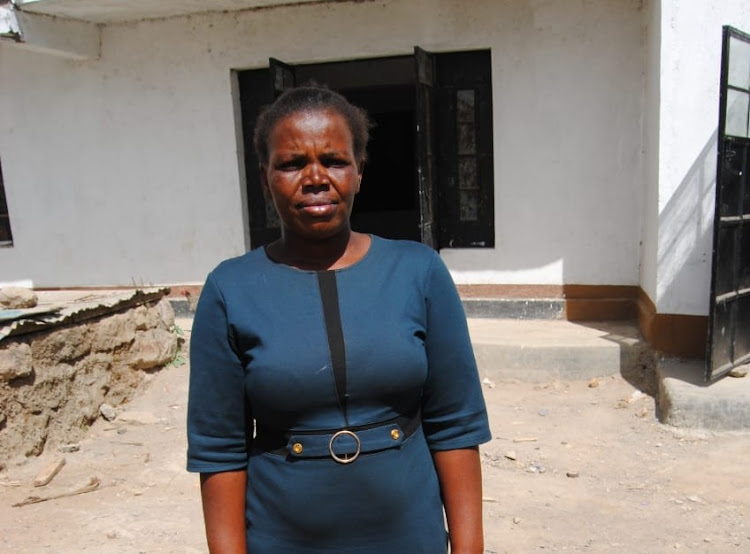 Mercy Chepkorir, 40, is among 19 per cent students who sat the 2022 KCSE exam and qualified for university placement.

Despite the numerous challenges she faced in her education journey, she is happy that she is among 173,345 students set to join university.

When we visited her home in Total, Narok county, Chepkorir was still in a celebratory mood after she scored a C+ (plus) in the exam.

She narrated how she dropped out of school in 2001 after completing primary school because there was no money for her to join secondary school.

“After completing my KCPE exam in 2001, my parents could not pool resources to educate me in secondary school as they were too poor,” she said.

This forced her to remain at home helping her parents with household chores and doing casual jobs to earn a living.

“During this time, I worked as a house girl and later as a casual labourer in tea plantations to raise money to feed my family,” she said.

Chepkorir later got married and had two children.

Her husband died when her children were still young, making her life more difficult as she had to bring up her children singlehandedly.

“My husband was the breadwinner and he passed on when my children were about to join school, making life more difficult for us,” she said.

After her husband's death she had to fend for her two children. She said she used to spend her entire day working on tea plantations to earn a living.

However, even with all these challenges, Chepkorir's dream of pursuing her education did not die.

Just before the onset of Covid-19, Chepkorir decided to go back to school despite her age.

“I went back to school after almost 20 years of being out of classroom. This time round, I had a responsibility of taking care of my children who were now teenagers and providing for their needs,” she said.

At some point, she was forced to work in a quarry, where she spent most of her day crushing stones to provide for her family.

“I used to wake up early in the morning to revise for the exams. My teachers and fellow students were of great help,” she said.

Chepkorir believes that her good performance will motivate her children, who are now in secondary school, to study hard so that they can score better marks than their mother.

Dr Joshua Kimanzi, the principal of Nacace High school, where Chepkorir was a student, said she is a humble woman who put a lot of effort in her studies.

Kimanzi said despite Chepkorir's struggle to pay school fees, she was focused and engaged the teachers whenever she was facing any problem with her classwork.

The school, which is an adult learning centre, had 45 students who scored a mean grade of 7.9 points.

Samuel Leyian, who worked at the quarry with Chepkorir, said he was shocked and at the same time excited by her performance.

“At first, I thought they were joking. For Chepkorir to score a C+ is an encouragement to some of us who did not complete their secondary education. She used to spend most of the time at the quarry yet she passed very well,” he said.

Only 173,345 candidates get university entry grades

713,073 students will go tertiary institutions; others will go to TVETS, and vocational schools.
News
1 week ago