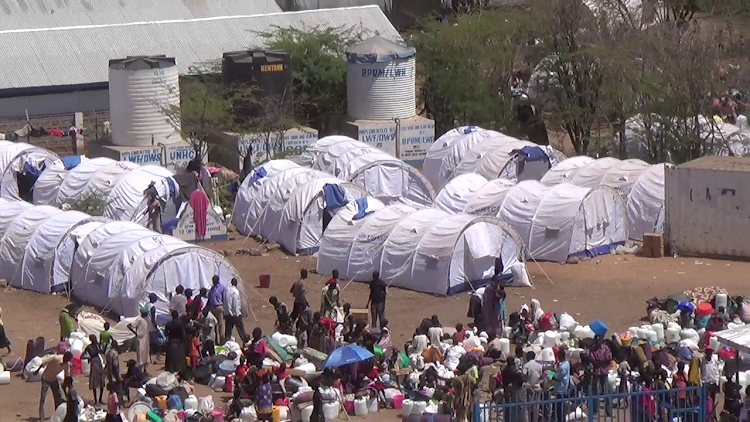 The United Nations High Commissioner for Refugees (UNHCR) has requested the Turkana County Government for more land to accommodate the refugee influx in Kakuma.

The UN body is asking for more land to accommodate more than 6,000 Refugees arriving from the neighbouring countries.

“UNCHR is currently receiving at least 200 new refugees influx with no space to accommodate them at Kalobeyei Settlement,” Kaburoburyo said.

Akono assured UNCHR that his department will offer any necessary support to the UNHCR.

He said after wide consultations with the rest of the top county management, other stakeholders and the host community in Kakuma they will support the UNHCR.

“I want to tell the UNHCR team that I will give feedback after constituting a committee that will visit the area to assess the situation and advise on the need for expansion and land ownership,” he said.

He said that after the field report, he will discuss in detail the way forward with the Department of Refugee Affairs.

Acting Chief Officer, Shemmy Ebulon emphasized that matters regarding the ownership of land and the legal framework must be keenly followed when acquiring this land.

In 2021, Kenya told UNHCR to come up with a timeframe to close Dadaab and Kakuma camps, citing national security concerns.

The Ministry of Interior said there was no room for further negotiations.

Former Interior Cabinet Secretary Fred Matiang’i and his team had given the UN refugee agency 14 days to come up with a plan for closing the camps.

The UN High Commissioner for Refugees Filippo Grandi has said Kenya will not shut down Dadaab and Kakuma refugee camps but will seek solutions.

He revealed that the UN refugee agency has submitted future plans for the two camps to Kenya.