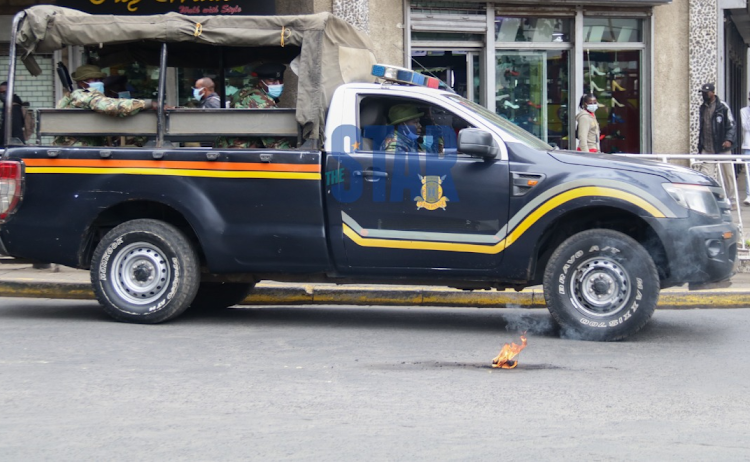 The Ngong OCPD, Abduba Hussein has ordered investigations into allegations that an Ongata Rongai policeman beat up a watchman causing him grievous harm.

The officer allegedly beat up the watchman at a chang’aa den and broke his teeth on Friday, last week.

Hussein on Wednesday, said he got wind of the matter through an activist and ordered the watchman to report to Ongata Rongai police station and record a statement.

“I have also instructed the OCS to oversee the recording of the statement, receive the watchman’s P3, and all the receipts for his medication," Hussein said.

The OCPD said he has also instructed the complainant to report to the police station with witnesses for them to commence an investigation.

“This is a serious claim and I have instructed our DCI officers to take up this matter and conclude it fast. We cannot condone our officers mishandling the people they are supposed to protect.," Hussein said.

"If it turns out the officer committed that offence, he will face the law in court like any other criminal."

Hussein confirmed that he saw the four teeth that had been knocked out.

The suspect had been admitted to a city hospital after suffering from cholera.
News
1 week ago

Boy, 19, shot in arm by KWS officer in Kisumu

He said he was trying to rescue a suspected ivory smuggler from KWS officers.
News
1 week ago