Governor says the move is based on skewed research findings 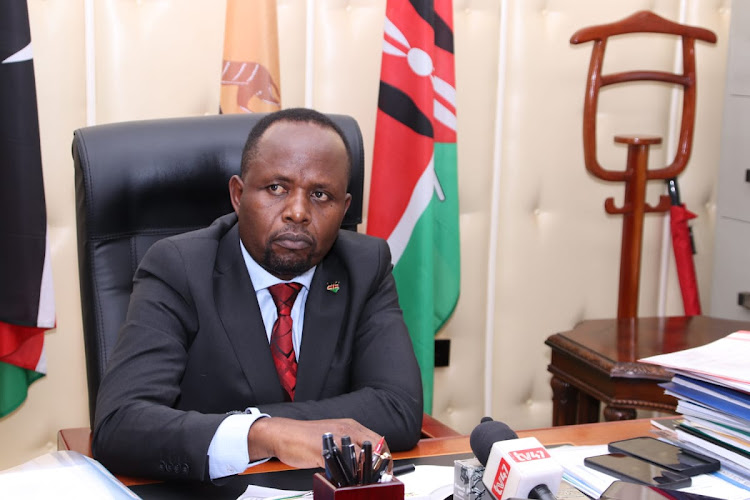 Trans Nzoia Governor  George Natembeya has opposed plans by the government to lift the ban on GMOs to boost food security.

The governor said the move is based on skewed research findings.

"The government’s move to lift the ban on genetically modified crops is suspect," he  said.

Addressing journalists in his Kitale office on Tuesday, the governor said GMOs will not only threaten livelihoods of small-scale farmers in maize producing counties but also pose a threats to Kenyans health.

"We need to interrogate the hazards that come with the consumption of the genetically modified foods and we shouldn’t look at those opposed to as being primitive," he said.

The county boss said Trans Nzoia, Bungoma and Uasin Gishu counties have surplus maize that can feed the country without importing GMOs.

He said his administration will also set aside funds that will see prices of fertiliser drop to assist farmers scale up their activities.

"My administration will provide support to farmers to increase production so that we can have enough food to feed the country," he  said.

The governor noted that so many farmers in the rich maize growing zones were a frustrated as most of their harvest is bought by middlemen at throw away prices.

"We must develop mechanisms that will forever liberate the Kenyan farmer from the current dilemma of selling their produce cheaply to brokers," he said.

Natembeya also urged the government to consider halting importation of GMO maize until all the 2022 maize harvest is sold.

Kenyan taxpayers cannot be in the business of subsidising foreign farmers.
Opinion
1 week ago

They said on Monday that the consignment was packaged in 25 kg bags.
News
2 weeks ago
Post a comment
WATCH: The latest videos from the Star
by DAVID MUSUNDI
Rift Valley
22 November 2022 - 17:22
Read The E-Paper