They claim their son died while waiting for treatment 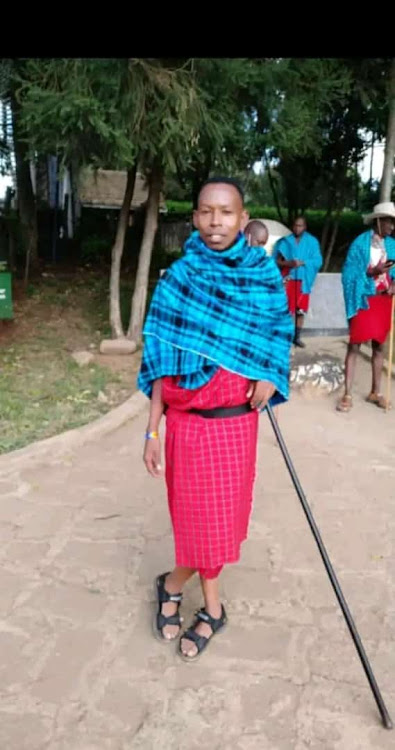 Willy Sabore, 30, died at the Kajiado Referral Hospital after waiting for 4 hours in an ambulance to be examined by a doctor.
Image: KURGAT MARINDANY.

Two days before Willy Sabore, 30, was driven to Kajiado Level 5 Hospital for his escalated diabetic condition, he was still lively.

His friends told the Star on Saturday that on November 8, Sabore walked to a private hospital in Kajiado when he woke up feeling unwell.

Sabore has been living with his diabetic condition and on that particular day, he woke up feeling weak but had the energy to get to the private hospital.

“He told us that he was growing weaker every day,” Munteyian said.

On November 10 at around 10 am, Munteyian said Sabore was transferred to Kajiado Referral Hospital hoping that he would get better treatment because the hospital had modern equipment and experienced doctors to take care of his deteriorating condition.

But this was not to be because after arriving at the referral hospital, Munteyian said, he was allegedly ignored.

“Sabore was left alone in the ambulance for four hours unattended before someone came and took his blood sample,” claimed the cousin.

A friend to the deceased, a journalist working for a vernacular radio station, told the Star Sabore was still active on his Facebook account until the final moments of his life.

Munteyian said Sabore lost the fight and passed on after five hours of waiting.

The Star contacted the office of the county director of medical services which claimed they had handed an elaborate report about the case to the county CEC member for health, Alex Kilowua.

The Star reached out to Kilowua from Thursday last week through to Saturday but the calls went unanswered.

He did not also respond to a text message that detailed the complaints from the family about their loved one.

On Saturday evening, the Star called the health CEC again to follow up on the matter, but his phone went unanswered.

The family has since buried Sabore.

Post a comment
WATCH: The latest videos from the Star
by KURGAT MARINDANY Correspondent
Rift Valley
19 November 2022 - 19:47
Read The E-Paper