Say politicking must stop if the country is to develop

•  They said politicians should instead deliberate on pertinent issues affecting people and come up with recommendations to forever change the destiny of the country.

•  "They are putting Kenyans in an election mood to the detriment of development. Politicking must stop if the country is to develop,” bishop Josephat Kimani said. 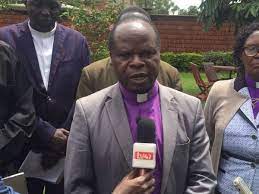 The clergy has cautioned top political factions against putting Kenya in a campaign mood, barely six months after election.

They said it is unfortunate that politicians from President William Ruto’s Kenya Kwanza and opposition leader Raila Odinga’s Azimio are still engaging in campaigns, as if the country is going into another election.

The leaders affiliated to the National Council of Churches of Kenya operate under the auspices of the Trans Nzoia County Dialogue Reference Group.

They said politicians should instead deliberate on pertinent issues affecting the people of Kenya and come up with recommendations that will forever change the destiny of the country.

"They are putting Kenyans in an election mood to the detriment of development. Politicking must stop if the country is to develop,” bishop Josephat Kimani said.

Kimani led delegates drawn from religious groups and representatives of the Dialogue Reference Group in Trans Nzoia in a meeting at the Bishop Muge Conference Centre on Tuesday.

The conference had been called to take stock of the August 9 election, described as the most peaceful since independence.

"The CDRG will not rest but let every Kenyan learn from the lessons of the past election, so that future elections in this country will be carried out with an enhanced credibility and transparency," Kimani said.

The Inter Religious Council of Kenya Trans Nzoia chairman bishop Raymond Mutama called upon church leaders to take the lead in creating awareness on maintaining peace during and after every electioneering exercise.

He said political foundations shouldn’t be built on tribalism.

Mutama further warned government officials to desist from taking part in active politics since it will compromise their neutrality.

The National Council of Churches of Kenya Trans Nzoia chairman reverend Aggrey Olumola asked the church in Kenya to speak in one voice.

He also challenged the country’s electoral agency IEBC to desist from using tents during the forthcoming elections in Bungoma, Garisa Town , Kandara and Elgeyo Marakwet.

The Kenya Conference of Catholic Bishops representative Edward Shibanda also asked the IEBC to come up with mechanisms that will help curb misinformation in social media.

The church, he said should continue being neutral and devise methods of providing losers in elections with psycho- social support.

Shibanda said religious leaders will continue partnering with other key stakeholders in having dialogue as a way of charting the course of making the country a haven in the sea of turmoil.

The leaders further bound themselves to use the County Dialogue Conference with integrity and sound thought for their collective wellbeing as representatives of diverse communities and interest groups.

EACC has in recent weeks intensified the fight against corruption
Counties
3 weeks ago
Post a comment
WATCH: The latest videos from the Star
by DAVID MUSUNDI
Rift Valley
15 November 2022 - 11:02
Read The E-Paper