Each cow will be bought at Sh20,000 to curb further loss 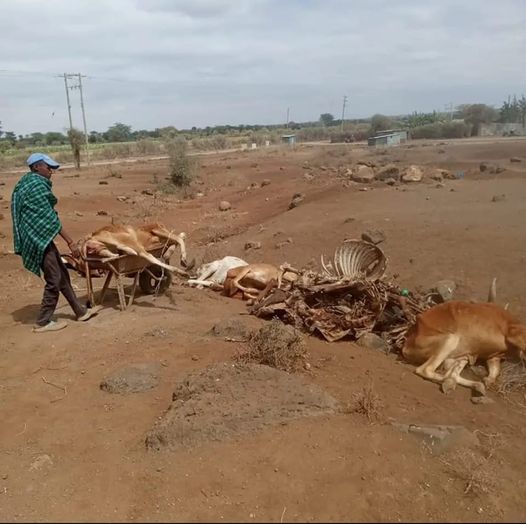 The government targets to buy 5,000 cows in all 25 wards of Kajiado county.

The livestock offtake programme, which is being undertaken by the Kenya Meat Commission targets emaciated cows and those that are still strong at a cost of Sh20,000 each.

Kajiado acting county commissioner Harun Kamau told the Star on Monday the buying of the cows started last week, even though the National Treasury has not released the money.

“Some Sh350million was set aside by the national government, but has not been released. KMC is already taking the cows and recording the owners so they can be paid as soon as the money is released,” he said.

Kamau said they could not wait for the money to initiate the offtake because by doing so, more livestock would die.

“We are trying to save 200 cows from various homes in each of the 25 wards in the region as we continue to wait for the money from the county. They pledged Sh100million,” he said.

This is happening as some areas in the county received light rains from Saturday to Sunday night.

Last week, some 450,000 cows had died due to the ongoing drought as more continue to succumb in livestock markets in Bissil and Isinya towns in the county.

Most of those taken to the markets in trucks rarely return home alive when they fail to get customers.

The commissioner said even if the rains start now, many families will still require famine relief for another two months for the grass to grow.

“This also applies to the ruminant wild animals,” Kamau said.

Launched by the Kenya Red Cross Society, it's set to assist over 3,000 families.
Counties
1 month ago

Their animals have died in droves; they have to share the little they have with their neighbours.
News
1 month ago

Husbands, wives abandoning their families and moving to urban areas
Counties
1 month ago
Post a comment
WATCH: The latest videos from the Star
by KURGAT MARINDANY Correspondent
Rift Valley
14 November 2022 - 09:47
Read The E-Paper