• Murkomen, other Ruto allies assure residents they will leave nothing to chance in eradicating banditry and restoring people to the volatile Kerio Valley.

• Full peace and security will be restored in the region, Murkomen promised 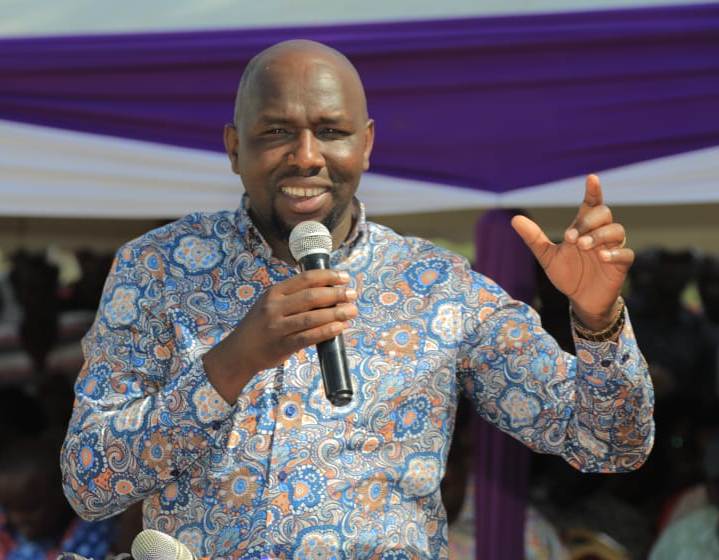 The banditry that has left thousands of people killed, maimed and displaced will soon end as President William Ruto's administration settles to make it a thing of the past, his allies have said.

Elgeyo Marakwet Senator Kipchumba Murkomen on Saturday said Ruto’s government will fix the banditry menace in Kerio Valley once and for all.

Murkomen and other political leaders in Elgeyo Marakwet have assured residents the government will not leave anything to chance in  the volatile Kerio Valley ravaged by decades of cattle rustling.

Murkomen said the cattle rustling menace has been synonymous with the region, leading to the loss of hundreds of lives but it will be weeded so can live in peace and engage in development like other Kenyans.

“I am fully confident that the  government under President Ruto will do anything within its disposal to restore normal life in Kerio Valley to the extent that 'insecurity' be a term in history,” Murkomen said.

He was speaking at Chegilet during the burial of Henry Kiplimo, brother to Elgeyo Marakwet Governor Wesley Rotich.

Murkomen said insecurity in all parts of the country was a top priority in Ruto’s administration.

The CS nominee said already the government was discussing with other stakeholders including governors on the best way forward in tackling banditry.

Last week Deputy President Rigathi Gachagua met governors from the region after eight police officers and two other people were killed by bandits in Turkana county.

President Ruto also issues a statement condemning the attack  and pledged government will ruthlessly deal with the bandits.

Speaking at the burial, Kapseret MP Oscar Sudi said not one more person will be a victim of banditry,

"The perpetrators, financiers, accomplices and sympathisers will have no chance and they should note the writing on the wall," Sudi said.

No scattershot approach, most Tiaty people peace-loving, only a few plot evil.
Counties
4 months ago

11 people including eight police officers were killed and livestock stolen on Saturday.
Counties
4 months ago

He says he will convene a meeting with area leaders and security chiefs soon.
News
4 months ago

Baringo official hopes Ruto to bring development and end lawlessness.
Counties
4 months ago
Post a comment
WATCH: The latest videos from the Star
by BY MATHEWS NDANYI
Rift Valley
02 October 2022 - 22:00
Read The E-Paper