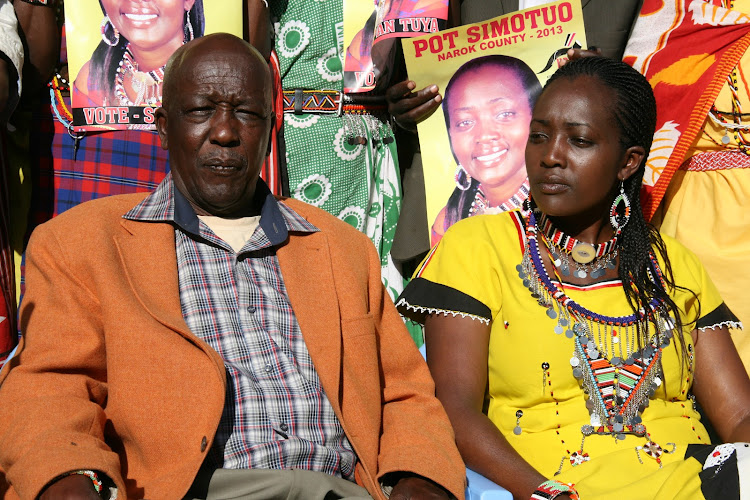 Led by chairman of Kenya National Chamber of Commerce and Industry in five Maa regions David Mpatiany, they said Soipan is now the first woman to be appointed to the Cabinet.

Speaking to the press in Narok town, Mpatiany said the appointment shows that the President has confidence in women leadership and making women equal partners in his government.

“We are really grateful for the appointment and this has proved that the President values the Maa community,” Mpatiany said.

He said selection of the leader will make the community support the head of state to ensure he delivers what he has for the country.

“Now that the electioneering period is over and it is now time to work, I urge all the people despite their political affiliations to support our President and the government so as to improve the lives of millions of Kenyans,” he said.

The chairman said the President is a symbol of national unity and will only succeed if he has the backing of all the leaders and the people to deliver on the pledges he promised.

Mpatiany called on the National Assembly to approve the nominations of the Cabinet Secretaries so that they can immediately start working on the mandate given to them.

While describing Soipan as a hardworking, dedicated and experienced leader, Mpatiany expressed confidence that she will play a key role in conservation of the environment.

Prior to her appointment, Soipan was a nominated senator and had served two terms as women representative.

She had run for the Narok governor seat but dropped her ambitions alongside Narok West MP Gabriel Tongoyo after Ruto  prevailed upon them to leave the seat in favour of Narok governor Patrick ole Ntutu.

She is a daughter of former Narok South MP Samson ole Tuya.

Soipan is an advocate of the High Court of Kenya with a keen interest in, public interest litigation and an advocate for gender integration as a critical tool for sustainable development.

She undertook undergraduate studies in law at the Nairobi  University and later on pursued a Master of Laws degree at the University of Washington, USA.

Before plunging into politics in 2013, Soipan worked in the human rights, gender and access to justice field with the Ministry of Justice, Kituo cha Sheria, Mainyoito Pastoralist Integrated Development Organisation and the government task force on community land and USAID.

She is a member of the Law Society of Kenya, the UN Permanent Forum on Indigenous Peoples and the Global Indigenous Women Caucus.

On Tuesday while announcing the cabinet,  Ruto appointed seven women to cabinet secretaries.

President Ruto said he is committed to actualise the two-thirds gender rule and to put in place mechanisms within the first three months of the Kenya Kwanza government and will allocate 50 per cent of the cabinet to women.

Ruto named his Cabinet on Tuesday after a meeting with former CSs.
News
2 months ago

Of the 22 Cabinet secretaries, 15 were male while 7 female.
News
2 months ago

Of the 22 Cabinet secretaries, 15 were male while 7 female.
News
2 months ago
Post a comment
WATCH: The latest videos from the Star
by KIPLANGAT KIRUI Correspondent
Rift Valley
29 September 2022 - 22:00
Read The E-Paper