They say it will particularly benefit peasant farmers and help boost food production.

• The move, they argued, will particularly be beneficial to squatters.

• While making the announcement on Saturday, Gachagua said the directive will be effected soon after a new Environment CS is appointed. 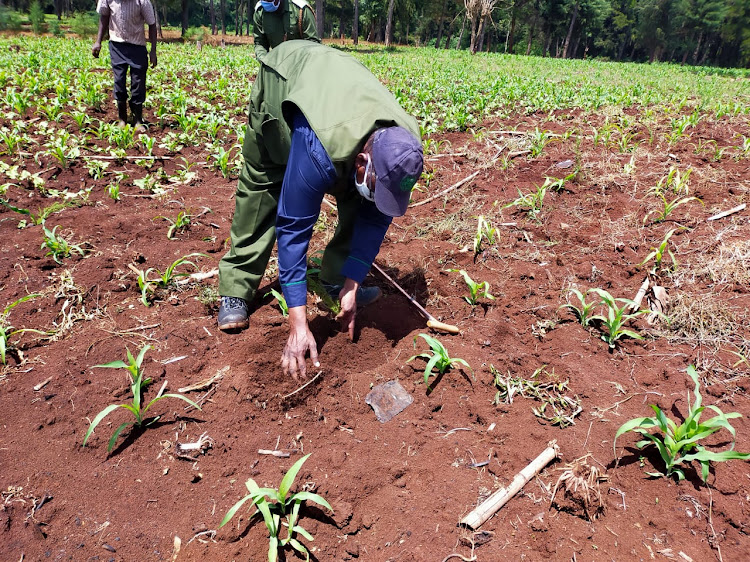 The move, they argued, will particularly be beneficial to squatters.

"This will encourage peasant farmers work hard in making sure we have enough food for everyone in this country," Daniel Sapiri, a resident of Endebess said.

While making the announcement on Saturday, Gachagua said the directive will be effected soon after a new Environment CS is appointed.

"The shamba system will return. Just wait a little for us to appoint a new Environment CS," he said while addressing mourners at the funeral service of late Baringo Deputy Governor Charles Kipng'ok.

Sapiri observed that outlawing the shamba system had brought suffering to peasant farmers who were forced to beg for food.

The farmer called for thorough vetting of those to be allowed in the forests saying the process had in the past seen foreigners from neighbouring Uganda invade the Suam forest at the expense of locals.

Protus Mukewa, the Kimothon forest community association secretary said it was wrong for the outgoing CS Keriako Tobiko to flash farmers out of forests.

"We made several appeals to the government to rescind the decision but our appeals fell on deaf ears. The Deputy President’s statement is timely, we fully support him," Mukewa said.

Officials from Kiptogot and Suam Community forests association also supported Gachagua's directive saying it is a right step in the right direction.

"We fully support the shamba system to be re-tried in our forests. This will boost food production as enshrined in the Kenya Kwanza blue print," Suam community forest association chairman William Wanyama said.

"The DP's statement is an indication that the Kenya Kwanza government is serious about promoting food security. Indeed this is the real bottom up approach, we are thrilled," Kiptogot forest association chairman Hesborn Opande said.

He asked President William Ruto to pick an individual who is well versed with challenges facing farmers as the Agriculture cabinet secretary to help implement policies that will assist the government make informed decisions regarding the shamba system and sustainability of forest ecosystems.

He says the order will be effected as soon as a new Environment CS is appointed.
News
2 months ago

The outlawed shamba system allows cultivation in forests.
News
2 months ago
Post a comment
WATCH: The latest videos from the Star
by DAVID MUSUNDI
Rift Valley
25 September 2022 - 15:07
Read The E-Paper