Kajiado village boy graduates with PhD after hustling to get fees 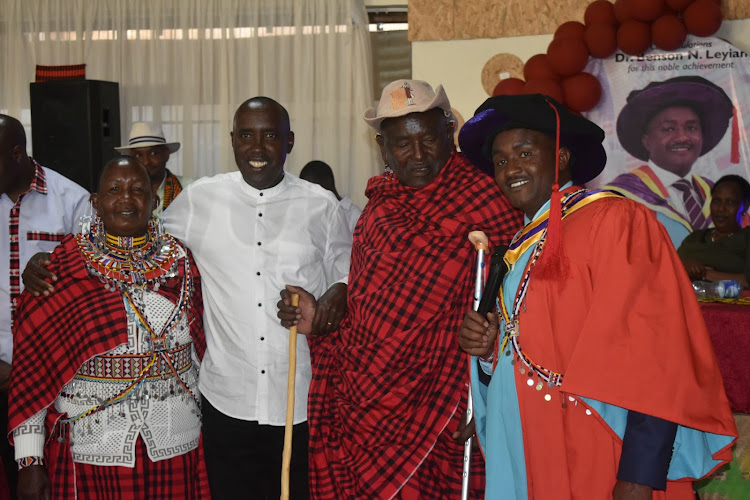 Kajiado residents on Saturday celebrated one of their own, Benson Leyian, who graduated with a doctorate in philosophy from the University of Nairobi.

Leyian, whose parents, could not afford his high school education advised him not to proceed to Form One after he scored the highest marks in his KCPE at Kimana Primary School in 1996.

His parents said Leyian had achieved enough knowledge to tend to his family's livestock as he could be able to count them each day as they come home.

Leyian, who was determined to climb the heights of education, for the first time, disagreed with his father and proceeded to Kimana Secondary School in 1997 where he completed his high school.

Because he refused to listen to his father’s advice against proceeding with education after Std 8, he could not be facilitated to join the university.

Leyian said hustled for three years doing odd jobs around Kimana town until he met with officials of an international non-governmental organisation that was operating in Loitokitok at the time.

Founded in 1970, the International Solidarity Foundation, a Finnish NGO which implements development cooperation projects in Nicaragua, Uganda, India and Somalia, had a project to translate a book into the Maasai language in Kajiado and they approached Leyian.

He took up the job with ease. 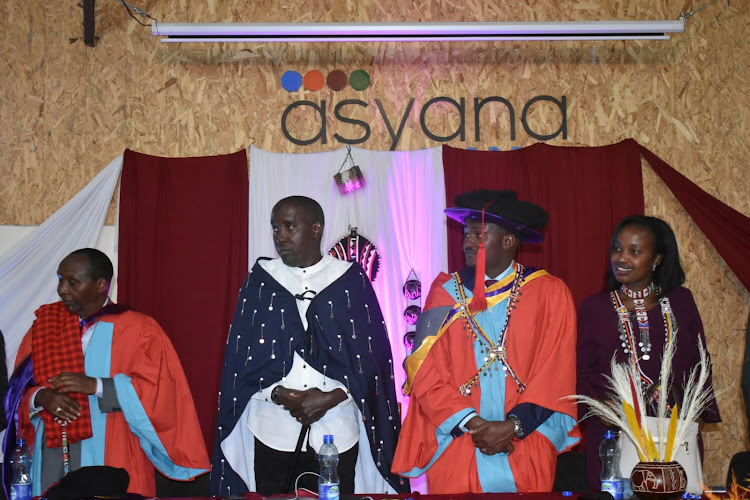 The village boy completed the job and was included as a co-author when the work was published in 2004.

This earned him a scholarship to Strathmore University, Nairobi, in 2005 when he was sponsored by the Finnish foundation to study a subject of his choice.

He studied certified public accounts, which he completed in 2007 and immediately registered at the university for his undergraduate degree in planning and management.

He graduated in 2010 and later joined the University of Nairobi for his Master of Arts in planning management.

After graduating from the UoN, Leyian looked for employment at the county government of Kajiado and in 12017 registered for his PhD in planning and management (project design and implementation option) at the UoN and completed it in 2021.

On Friday, he graduated from the university and later held a party in Ongata Rongai’s Ayana Gardens. 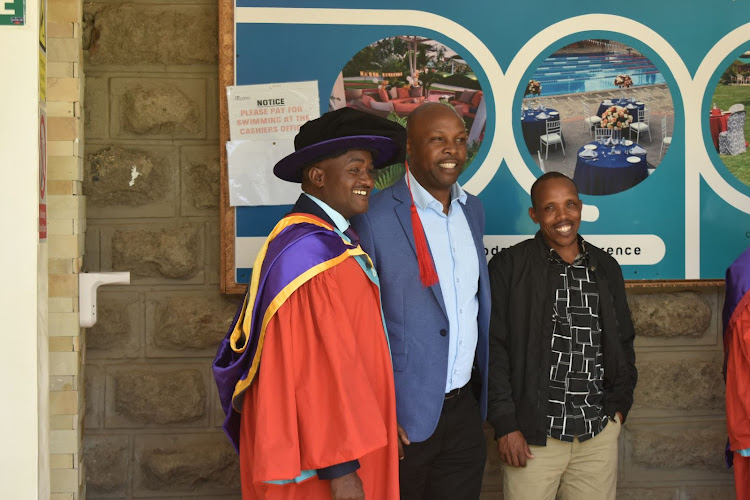 Dr Benson Leyian, Shadrack Ndambuki and Elias Manei, who are pursuing their PhD courses at the University of Nairobi during the graduation ceremony in Ongata Rongai.
Image: KURGAT MARINDANY

One of his guests was Johnson Matu, the man who sponsored him for his PhD.

Surprisingly, Matu was also in the same class as Leyian for the PhD course.

Others present during his graduation ceremony were his former lecturers at UoN, Prof Jeremiah Koshae, Dr Angeline Mulwa and his mentor Col Sankale Shamata from KDF.

Married to a gynaecologist, Dr Jennifer Timpiyian, Leyian said he was inspired by his wife’s doctorate in medicine to go back to university for his PhD.

“Because I was not in the line of medicine, I pursued my line of dream in doing a PhD. People will address me as a doctor, just like my wife,” he said.

The graduation ceremony was also attended by Kajiado Governor Joseph Lenku and officials from the Big Life Foundation, where he currently works.

Leyian thanked Matu for sponsoring him, saying he is a nationalist who sees beyond tribalism.

He said he partnered with Matu from the time he enlisted for his master’s degree at the UoN and completed the course in under 20 months.

“He is just an inspiring individual. He took me to his home in Karen and never allowed me to sleep as we were pursuing masters. He has such a great family,” Leyian said.

Many Kenyans know Nakate from an incident where the AP cropped her from a picture with Greta Thunberg
News
2 months ago
Post a comment
WATCH: The latest videos from the Star
by KURGAT MARINDANY Correspondent
Rift Valley
25 September 2022 - 23:00
Read The E-Paper