• The agency is also doing feasibility studies for sewerage systems in Kapcherop and Kapsowar towns in Elgeyo Marakwet. 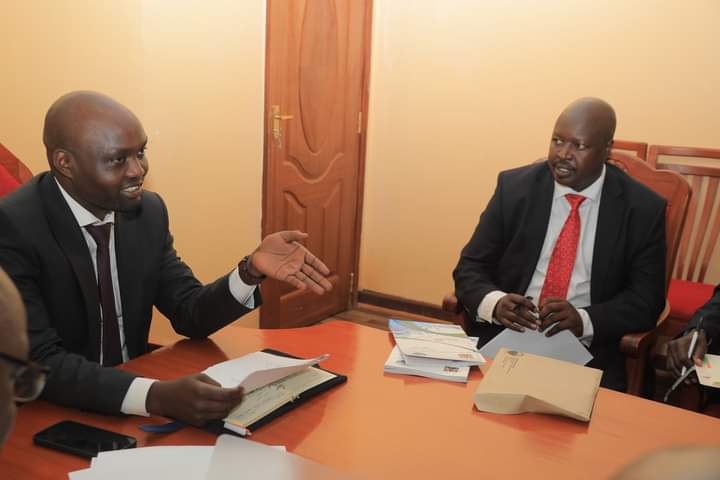 The company made the announcement when the board met Elgeyo Marakwet Governor Wesley Rotich in his office in Iten.

“The construction of a new sewerage system with a capacity of 6,800 cubic metres a day in Iten is at the top of our agenda," Rotich said.

"We are also looking into the possibility of doing sewerage systems in Kapcherop and Kapsowar towns, while we have a number of projects lined up in Elgeyo Marakwet,” he said.

On Monday, while commissioning a garbage collection truck, Rotich also said Iten urgently needs a sewerage system, the county lack funds to build one and appealed for funding from partners.

He said five water projects have been completed, some have been commissioned and others are awaiting official handover to communities.

Governor Rotich thanked the agency for the projects in the county and called for more partnerships, saying the county was still facing a major water shortage.

“We are grateful to the NRWWA for the completed and ongoing projects as our people will access clean and safe drinking water, with the same for livestock and irrigation," the governor said.

He added that it would result in improved sanitation and an increase in livestock and agricultural production.

The county chief urged the agency to ensure communities are actively involved to ensure they own them, protect and maintain them.

The agency is mandated to undertake the development, maintenance and management of water works within Turkana, West Pokot, Uasin Gishu and Elgeyo Marakwet counties.

It is carrying on with projects inherited from the  Rift Valley Water Works Development Agency.

How to fix environment and provide clean drinking water

Incoming county chiefs have pledged to complete them, most of which are in the healthcare, water, infrastructure and education sectors
Counties
1 month ago

"What happened was political conmanship. If elected, I will continue with the project."
News
2 months ago
Post a comment
WATCH: The latest videos from the Star
by KNA
Rift Valley
22 September 2022 - 22:00
Read The E-Paper