• Bii said his administration will focus on  capacity building for more than 3,500 county employees through retraining and giving them necessary skills for work.

• County chief spoke at his office when he met leaders of various unions and associations led by officials of he Uasin Gishu Local Government Workers Union. 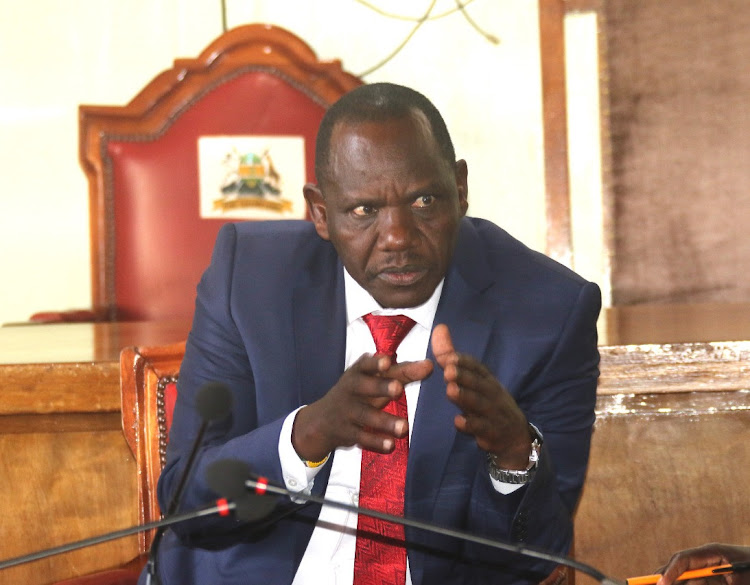 Bii on Monday said his administration will focus on staff capacity building for the more than 3,500 county employees through retraining and giving them necessary skills and knowledge.

The county chief spoke at his office when he met leaders and representatives of  workers' unions and associations led by officials from the Uasin Gishu Local Government Workers Union.

“We appreciate workers' unions  providing a platform for continuous engagement with the county administration to ensure staff welfare issues are addressed," Bii said.

The governor has pledged to continuously engage in dialogue with  workers and unions so they can amicably deal with challenges in  service delivery.

“I am cognizant of the important role played by the workers because without them then we cannot deliver on our mandate," Bii said.

Union leaders promised to collaborate with the county leadership and ensure there is always open engagement, not go-slows and strikes.

“We desire good relations with the county government and welcome such meetings so we can raise issues and have them addressed through dialogue," Kiptalam said.

Separately, Governor Bii flagged off a procession led by NCIC commissioner Sam Kona to mark the International Day of Peace at county headquarters in Eldoret town.

Bii thanked Uasin Gishu residents for proving wrong those who had branded the county a hotspot.

"Now that elections are over, my administration will work on uniting all communities, irrespective of their political affiliation or ethnicity, the governor said.

He said Kenyans have again affirmed they are peace-loving, contrary to fears amongst many that there would be violence after the hotly contested election.

Your jobs are safe, but performance contracting a must – Bii

Says the political period is over and it is time to work to develop the county.
Counties
1 month ago

• Some of the youth who campaigned for Bii have been frequenting county offices since Bii was sworn in, harassing workers for non-jobs. • Some youth ...
Counties
1 month ago

To cooperate with partners to create jobs for youth, give them gainful work.
Counties
1 month ago

For many residents of Uasin Gishu, he symbolises simplicity that has driven him to success.
Counties
1 month ago
Post a comment
WATCH: The latest videos from the Star
by BY MATHEWS NDANYI
Rift Valley
22 September 2022 - 22:00
Read The E-Paper