In the just-concluded general election, Muthoni emerged top by mustering 16,480 votes as an independent candidate in Lamu county.

On welcoming the Woman MP-elect at his Karen home, Ruto said: “Welcome to Kenya Kwanza, let us serve our people.” 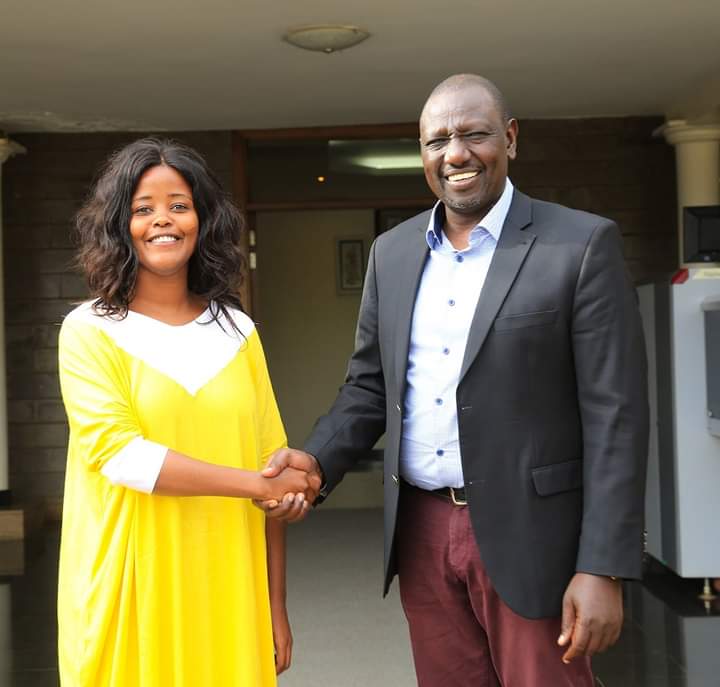 Muthoni who was elected on an independent ticket joined Kenya Kwanza on Wednesday, just two days after IEBC declared Ruto winner of the presidential race.

Ruto welcomed Muthoni to the coalition at his Karen residence, soon after meeting with all elected leaders under Kenya Kwanza.

Muthoni was first nominated to the Lamu County Assembly on the National Alliance (TNA) Party ticket in 2013.

In the 2017 general election, she vied for the Lamu Woman Rep seat but lost to Ruweida Mohamed Obo.

Born 30 years ago, Muthoni relied on well-wishers for her education right from primary school up to university.

He garnered 12,091 votes to clinch the position while the incumbent came sixth with 2,238 votes
News
1 month ago