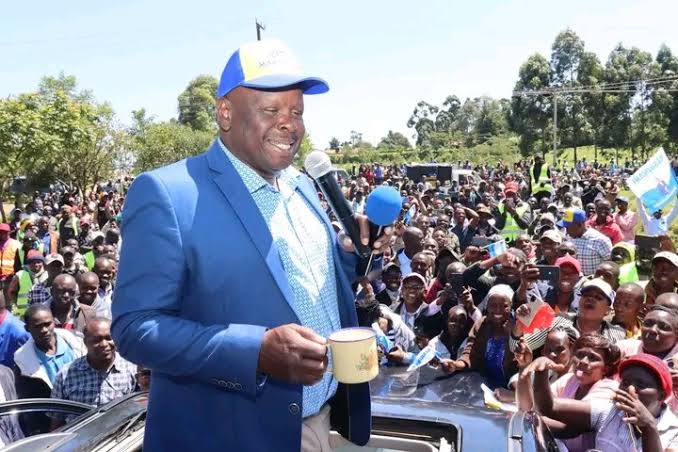 Chama Cha Mashinani (CCM) party leader Isaac Rutto's hope of resurrecting himself from political oblivion have yet again been deemed.

This is the second time in a row Rutto is being defeated in a bid to make a comeback as a governor as he seeks to save his political career.

He was elected in 2013 as the first governor after defeating former Konoin MP Julius Kones.

As the county chief, he became a strong defender of devolution something that decorated and shoved him into the influential position of chairperson at the Council of Governors (COG) for two consecutive terms.

The outspoken politician, however, failed to get reelected in 2017 after the late Joyce Laboso humiliated him in the hotly contested race.

His only 'crime' was to rebel against Deputy President William Ruto.

Rutto's downfall has now been attributed to the frosty relations he has had with his foe-turned-friend, the DP,  which dates back to 2017.

Their relations even worsened when Rutto formed a new political outfit following a split in the Jubilee party that was made of the URP and TNA party of President Uhuru Kenyatta.

Despite several attempts by local leaders to persuade him into joining UDA, the bold man whose career was knitted in late President Daniel Moi's era instead objected to it.

"What is of importance in a political party is the symbol and philosophy…CCM and UDA are one," Rutto had been quoted saying when asked if would fold his party and join UDA.

In his last South rift rally, DP Ruto campaigned for UDA candidates proving he was not about to embrace him.

Rutto was present during the event at Kapkatet grounds.

"Please do not let me down, vote for all candidates on the UDA party," he told the gathering.

Ruto's influence in the region cannot be underestimated.

All other candidates who rebelled and formed another centre of power in the region were also floored.

Political analyst Edwin Malabu avers that Ruto joined Kenya Kwanza as a matter of survival rather than his principal.

"The man was moving against the UDA tide in a region predominantly seen to DP's base that is why he even fielded candidates for other positions," he says.

He adds that residents are of the idea he is yet to mend fences with the DP and that, "in most of the meetings by Ruto in the region he was an unwelcome visitor".

There were, however, indications that Rutto might challenge the results that handed his opponent victory.

CCM party secretary general Albert Kochei said this will depend on the decision taken by the party's chief agents.

The agents, he said, were meeting to compare their results with those announced before deciding on the next course of action.

He claimed there were anomalies in the final results declared by IEBC.

"We are not satisfied with the results that were announced, we are convinced there were massive irregularities," he said.

He noted that results from their agents at the polling stations showed their candidate was on the lead being trailed by their opponent-Hillary Barchok.

"From what we gathered our candidate won and this is evident from the results from our polling stations..there are glaring errors and our agents have refused to sign Form 37 As," he stated.

"They are currently meeting and based on their resolution we hope to challenge it in court."

Benard Mutai, another candidate in the race got 1,915.