Voting delayed as church shuts out voters and IEBC officials

Church gazetted as polling center shuts out voters and IEBC officials over claims of damage to property. 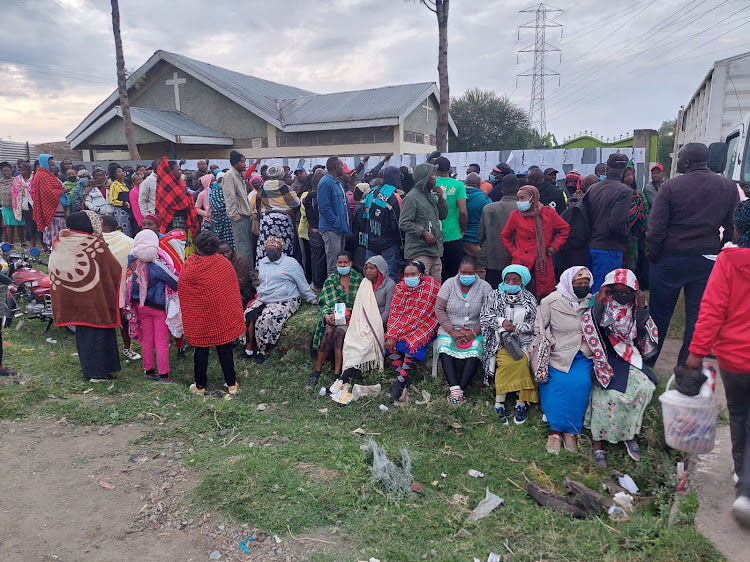 Elections in Nakuru started off well on Tuesday morning with most of polling stations opening up for voting within the set time.

People were on the queues as early as 4:00am waiting for the official opening time apart from one polling centre in Kwa Rhonda Ward in Nakuru Town West where voting commenced at 8:15am.

This was after the management of Christian Outreach Church locked its gates on claims that their property was damaged during the 2017 general elections without any compensation.

The management opened the gates to the compound much later but maintained that voting would not be allowed inside the church which is a gazetted polling centre.

A church official who sought anonymity said the government or the Independent Electoral and Boundaries Commission should have repaired the damages caused to the church during the last General Elections.

IEBC officials had to spend time and money to quickly hire a tent and set it up for voting to commence.

A voter, Miriam Nafula said she was at the church by 5:40am only to find IEBC officials stranded at the gate instead of setting the ballot boxes and voting booths in readiness for the process.

“We were shocked and at the same time worried that we might not have a chance to vote our favourite candidates if the church stood its ground,” she said.

Meanwhile, many voters were time barred to vote as they made a last-minute dash to the polling centers. 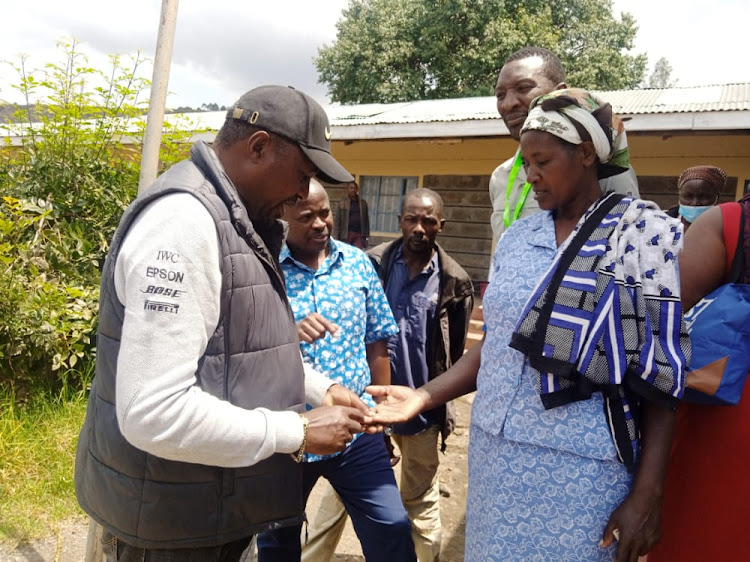 ELECTIONS DELAYS Bahati MP, Kimani Ngunjiri and Independent Senatorial Candidate Crispus Wathimba (in flowered shirt) look at the fingers of a woman whose biometric could not be picked by the KIEMS kit.
Image: LOISE MACHARIA

A Kiamaina Secondary School polling station, a group of about 20 voters protested bitterly after the gate to the school was locked at exactly 5:00pm.

It was a similar story at the neighboring Kiamaina Primary School and Kiamaina Chief Office ICT centre where voters angrily lamented being shut out of the exercise for arriving late.

Counting has started with some polling stations having already submitted their results to their different constituency tallying centres.

IEBC opted to the use of alphanumeric after the intervention of the area MP Kimani Ngunjiri who pleaded with the commission officials to use alternative ways of identification.

Supporters of two opposing camps are said to have clashed.
News
4 months ago
Post a comment
WATCH: The latest videos from the Star
by LOISE MACHARIA
Rift Valley
10 August 2022 - 03:17
Read The E-Paper