Politicos can't use us to cause chaos — varsity students

• They said they will be voting and going home to await announcement of the results.

• ‘’We urge our fellow youth to stay away from leaders who use them as pawns," said student leader Kepha Eric Opass. 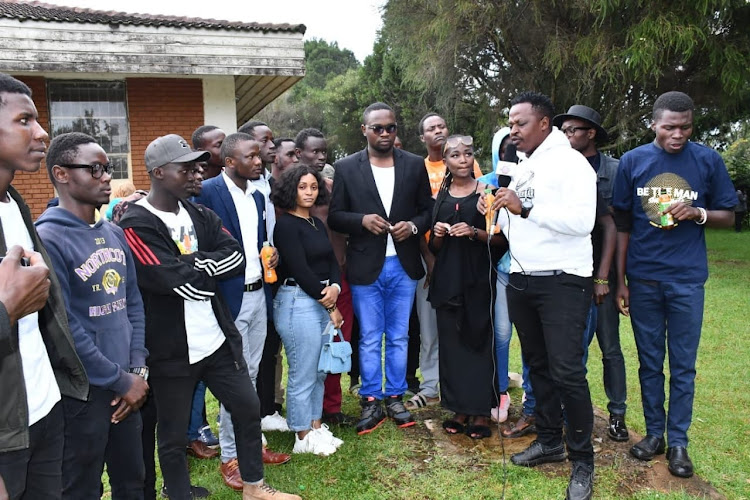 University students have warned politicians against using youths to cause mayhem during elections.

We're onto you and your deceit, they said.

They said on Monday they will be voting and going home to await for the announcement of the results.

"We challenge our fellow youth to stay away from leaders who are out to use them as political pawns for their selfish gains," youth leader Kepha Eric Opass said on Monday.

He said official reports had indicated that about many perpetrators of all election-related violence are youths.

Many Kenyan youths, he said, have faced punitive action after being found committing election related offences.

Opass said students had committed themselves to preaching  peace.

"We as students wish to remind our fellow Kenyans that peace is a prerequisite to development. National Cohesion cannot be altered by anyone, whoever he or she may be," he said.

He made the comments to the Star after chairing a student leadership meeting in Kitale, Trans Nzoia county, on Sunday.

“This time round we are asking security agencies to be tough on politicians who will want to  incite or cause chaos using youths. They must be made to understand that crime doesn’t pay," he said.

Opass urged the youth to look closely and decide which leaders are development-conscious. He said it's necessary to vote for leaders who will wipe out corruption and move Kenya forward.

"We are expecting to see Kenyans choose the leadership that will take them to the next glorious level,’’ he said.

He expressed concerns that unscrupulous politicians take advantage of the huge mass of unemployed youth to carry out illegal activities like disrupting opponents’ rallies or defacing billboards.

“I want to urge young people to look beyond elections and consider that the little money they are paid to cause trouble will put them in trouble with the law," Tanganyika said.

Taita Taveta University students president Edwin Wekesa said youth form half of the country’s population and have a vital role to play in enhancing democracy by avoiding disruptive criminal activities.

"Students' political affiliation, tribe, origin, religion or colour do not matter," Wekesa said. "We stand together as comrades for peace and oppose violence."

"To our youths, don't accept to sell your Identification Cards to the chiefs."
News
1 month ago