They want bars, beer halls, chang'aa and busaa dens closed for peace during the polls

•About 100 Azimio backers and two key supporters in South Rift called for all bars and liquor outlets to be closed on Tuesday, possibly Wednesday as well.

• They said politicians who fear losing may get young people drunk and tell them to disrupt the polls. 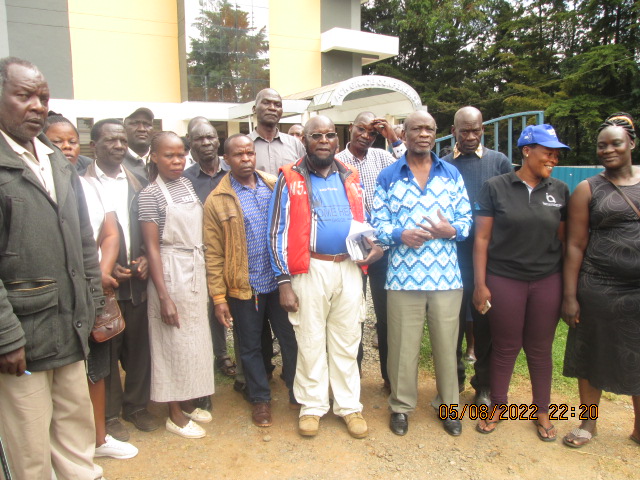 Azimio supporters have asked Rift Valley authorities to order closure of all bars on Tuesday to allow for smooth elections.

They don't want people causing trouble if they fear they are losing.

More than 100 supporters drawn from across the region met in Kericho over the weekend and said alcohol outlets should remain closed for Kenyans to vote in peace.

They expressed fears some politicians were planning to incite their supporters to cause mayhem if they sense defeat before voting ends.

Speaking in Kericho town on behalf of the supporters and coordinators in Rift Valley Omondi Ogada and Dr Mark Ahawo appealed for peaceful polls.

Ogada said it would set back the election process if bars and other alcohol outlets are allowed to operate on Tuesday and Wednesday.

Ahawo said some politicians may take supporters to beer halls and illicit dens, then tell them to cause trouble if they fear losing.

“Let the security agents in Kenya, more so in the cosmopolitan areas, ensure no beer halls and illicit brew dens are allowed to operate on Tuesday and Wednesday.

"This will stop leaders who may want to get supporters drunk and pay them to cause mayhem," he said.

They called on voters to vote, go home and await the outcome to be announced by the Independent Electoral and Boundaries Commission.

The coordinators expressed concern that some voters might stir up trouble with inciting remarks if their candidates lose.

Coordinators Ogada and Ahawo urged security agents in South Rift to order voters to go home, not stay and "guard" the vote or wait for the outcome.

They spoke  at Anglican Church of Kenya Grace Conference in Kericho town on Saturday.

"Allowing the voters to hang at polling centres after casting votes could trigger tension and anger should their candidates lose," Ogada said.

At the ACK conference, Azimio supporters prayed for a peaceful election.

They said they expected Azimio to get 30 per cent of the votes in South Rift, a Kenya Kwanza stronghold.

UDA candidates are being challenged by a wave of independent candidates.

Outgoing UDA members of the National Assembly in the six Kericho constituencies have independent challengers.

Bars, hotels in Kisumu to remain closed on election day