• Governor says he will exit office with his head held high, leaving Uasin Gishu much better off than when he took over 10 years ago. 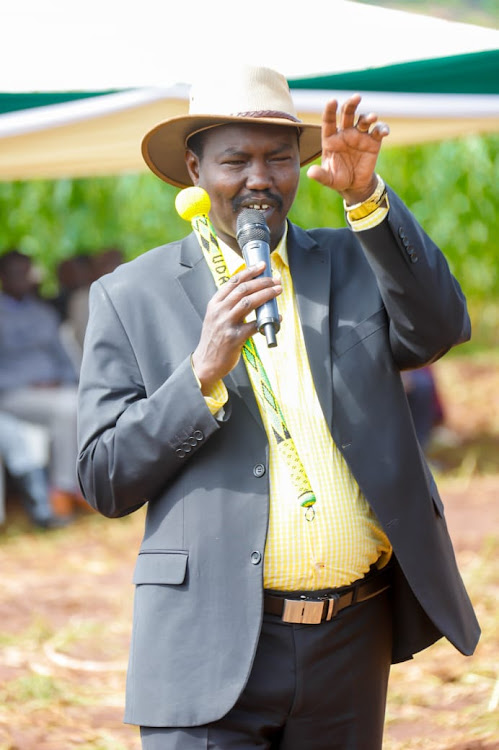 Outgoing Uasin Gishu Governor Jackson Mandago has commissioned final projects as he thanked residents for giving him chance to serve for 10 years.

He commissioned street lighting projects in Kapseret, saying he had completed most of the projects he initiated.

“We now have a better business environment," Mandago said.

Mandago said he will exit office with his head high, leaving Uasin Gishu county much better off than it was when he took over 10 years ago.

Mandago said he made prudent use of more than Sh70 billion allocated to his county during his tenure.

“I thank residents of Uasin Gishu for electing me twice and as I exit  office after elections, I will be a proud person for the development record we achieved," he said.

The governor  said he extensively improved infrastructure, including walkways that improved safety for pedestrians in Eldoret.

“We have a better connectivity in terms of roads. Our business environment is better because all streets have adequate light at night, improving security and working conditions."

In health care, Mandago said he had ensured all health facilities were NHIF-accredited, with adequate supply of drugs and other equipment.

The greatest challenge is shortage of health personnel, he said.

However, he said the greatest challenge remained shortage of health personnel.

Mandago, who is now vying for the county Senate seat, said if elected he would push for allocation of more than 35 per cent of the national budget to the counties. The money would enable them to expand the healthcare system and hire more staff, he said.

Access to water in Eldoret town had increased from 48 per cent to 75 per cent during his terms, Mandago said.

Access to sewerage had also increased to more than 56 per cent, he said.

On education, he said the county had helped recruit more youth to technical training institutes

Bii is engaged in a tight race with independent candidate Bundotich Kiprop Buzeki who narrowly lost to Mandago in the last election.

Mr Ruto owns vast pieces of land across the country and concerns have been raised about how he acquired some of them.
News
1 week ago

Kibicho clashes with Ruto over hate leaflets in Rift Valley

DP alleges it is a scheme aimed at inciting communities in the region to violence
News
1 week ago
“WATCH: The latest videos from the Star”
by BY MATHEWS NDANYI
Rift Valley
03 August 2022 - 22:00