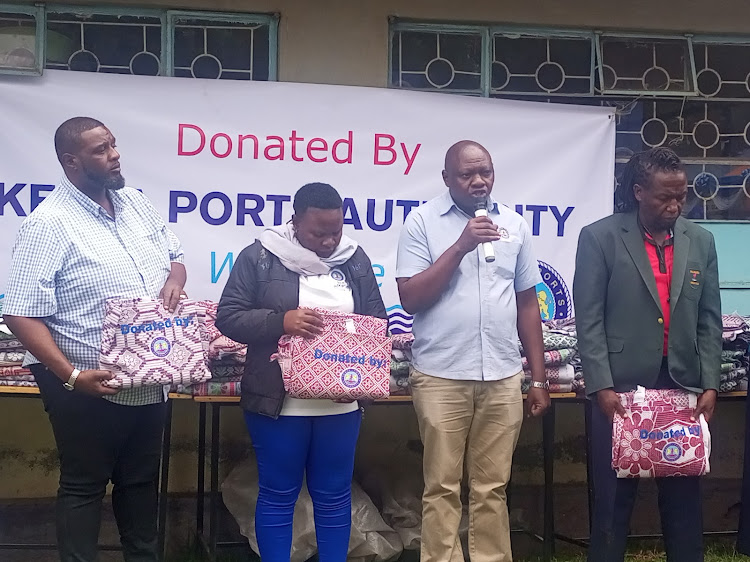 As the debate about the establishment of an Internal Container Deport in Naivasha hots up, Kenya Ports Authority (KPA) plans to introduce an outreach program in the North Rift region away from the traditional operation areas of Mombasa and Nairobi, Managing Director, John Mwangemi has said.

He said the move was aimed at scaling up the stakeholder engagements, improve service delivery and customer satisfaction by understanding their unique business and social needs.

He said KPA always prioritized social dialogue and business engagements with its customers and stakeholders because they played a crucial role in supporting the ports and shipping industry.

Speaking during a corporate dinner at the Nakuru Golf Club where the corporation had sponsored a golf tournament, Mwangemi said it was only through such engagements that KPA would make adjustments where necessary to ensure better service delivery and customer satisfaction.

KPA team which was in Nakuru for a two-day event including the inaugural golf tournament had earlier visited Nakuru Hills Special School where they donated beddings and warm clothing worth Sh200,000.

“Over the years, Ports have undergone major transformations from basic gateways to sea and inland waterways, to complex ecosystems with a multitude of players supporting trade through multimodal and intermodal transport systems,” he said.

Mwangemi added that the complex ecosystem has been the basis for the port industry’s shift in strategy to focus beyond just the ports themselves but the entire transport corridors as they are the start and end of supply chains.

His comments come two days after President Uhuru Kenyatta defended his administration’s decision of creating the Naivasha ICD saying that it was not taking business and jobs from the coastal region.

The President said besides reducing congestion at the Mombasa port, linking Mombasa and the Naivasha Industrial Parks would create more jobs for people in the two destinations while at the same time ease cargo haulage.

On his part, Mwangemi said customer needs were evolving and becoming more individualized which made it necessary for ports and other logistics supply chains to meet at a convergence point to efficiently deliver to these expectations.

“Nairobi and Nairobi ICDs which are connected by a railtainer are examples of this logistical convergence, KPA has invested in these dry ports located over 500 KM away from the port to facilitate ease of cargo movement,” he said.

He noted that cargo is swiftly offloaded from the ship and transferred onto the wagons for direct railage to the Dry ports closer to the customers.

On the forthcoming General Elections, Mwangemi reassured the business community countrywide and in the region that KPA in collaboration with all key government agencies and cargo interveners has put in measures to ensure business continuity during and after elections.

“KPA held engagements with customers in the transit countries of Uganda, Rwanda and Burundi and reassured them of our preparedness to offer uninterrupted services during this period when we are electing a new government,” he said.

The MD said the anxiety among the business community during the electioneering period slows cargo documentation and evacuation from the port.

Safe shelter for survivors of GBV launched in Lamu

The Sh6 million facility will provide refuge to men, women and children.
Counties
3 weeks ago