• Rural Women Peace Link executive director Mercy Jerop said they have been holding dialogue with communities in the targeted areas. 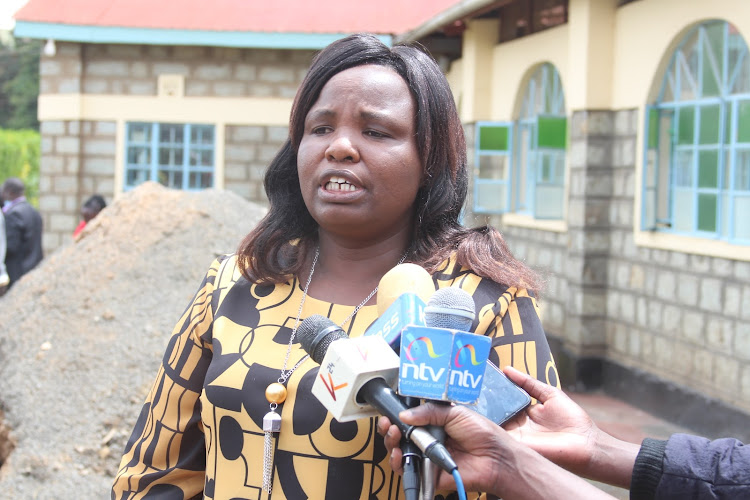 Peace actors in North Rift have stepped up efforts to avert post-election violence along the borders of Uasin Gishu, Nandi, Kakamega and Kisumu counties.

The organisations including Rural Women Peace Link, ACTS, USAID and Global Network of Women Peacebuilders have been engaging residents to promote peace and unity.

Rural Women Peace Link executive director Mercy Jerop said they have been holding dialogue with communities in the targeted areas.

“We have strengthened peace structures. At the county level, we have multi-stakeholders forums dealing with issues of peace. These forums bring together religious, civil societies, elders and youth,” she said.

Jerop said through dialogue, they have strengthened early warning mechanisms and reporting of hate speech.

“We target isolated wards with a history of conflict and make efforts to strengthen peace between communities,” Jerop said.

She cited Cheptarwai, which in 1992 experienced poll violence.

The ward is located along the borders of Uasin Gishu, Kakamega and Nandi counties. It is largely cosmopolitan.

Jerop said they are using various strategies to prevent possible recurrence of conflict in areas such as the border of Nandi and Kisumu.

“We are also engaging youth through media breakfast shows. We are working in Nandi on the border of Muhoroni and other areas cited as hotspots like Kopere, Kibigori and Songo East along the Kisumu Nandi border,” she said.

Rural Women Peace Link has also been hosting debates for MCA candidates to provide a platform for leaders to elaborate their agenda to the public and commit themselves to maintaining peace.

MCA candidates for Chepterwai ward, Lucy Chepkemei and Isaac Kiplagat, attended the ward level debate where they promised to ensure cohesion among the electorate.

Chairman of the MCAs debate, Reverend Geoffrey Meli, said the events provide an opportunity for the electorate to interact with local leaders and county officials.

A similar debate was held in Kimumu ward in Uasin Gishu county, where residents got an opportunity to meet the candidates and ask them how they intend to implement their manifestos.

The planning committee chair of the Kimumu MCA debate Clare Ratemo said the forums will enable the electorate to hold leaders accountable after assuming office.

“We have never had such a debate in our ward. At least residents have made their priorities clear to the aspirants. They will then keep track of the pledges and remind the leaders of what was delivered against the promises made during campaigns,” Ratemo said.

All agreed to promote peace and discourage incitement and violence.
Counties
2 weeks ago
“WATCH: The latest videos from the Star”
by BY MATHEWS NDANYI
Rift Valley
31 July 2022 - 22:00