Some 2,780 cattle are expected to be slaughtered and the meat distributed to households affected by drought.

Pastoralists at Lonyangalani centre in Laisamis, lined up with their livestock for purchase by the government last Saturday. 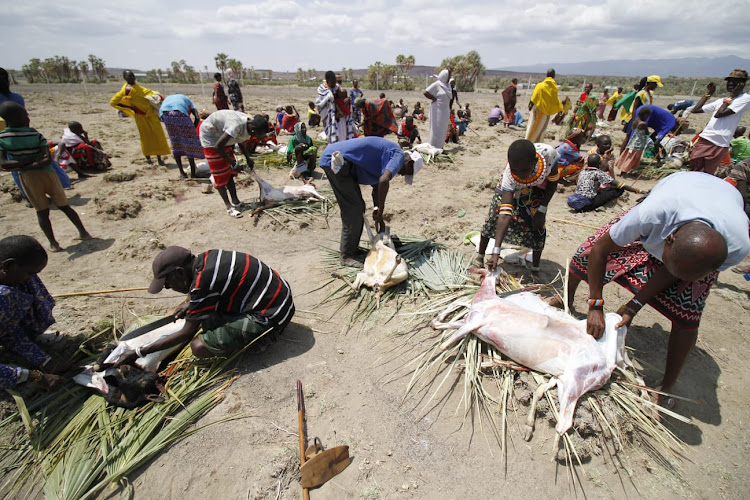 The government in partnership with Kenya Red Cross has rolled out a livestock offtake programme in Marsabit.

Some 2,780 cattle are expected to be slaughtered and the meat distributed to households affected by drought.

Marsabit Kenya Red Cross coordinator, Sabdio Galgalo said the offtake programme where animals are slaughtered will help cushion pastoralists against losses due to the ravaging drought in the county.

Pastoralists at Lonyangalani centre in Laisamis, lined up with their livestock for purchase by the government last Saturday.

“Government is buying livestock from pastoralists due to the extended drought situation and shield them from losses,”  Lt Col Marion Amulyoto, KMC destocking programme coordinator said.

She said the move will reduce resource-based conflict given due to lack of pasture and relieve the vulnerable families.

At Loyangalani ward, 169 sheep and goats were slaughtered and the meat was distributed to 1,300 vulnerable households.

“Meat from the slaughtered animals is distributed to those who have no form of livelihood,”  Sabdio said.

She said they are paying special attention to providing meat to mothers with children below five years and who are malnourished, pregnant and lactating mothers, people with disabilities and those living with HIV/Aids.

Sabdio said each cow costs about Sh15,000 and they are buying goats and sheep at Sh3,000 each.

She said payment is made within 24 hours after the slaughter. 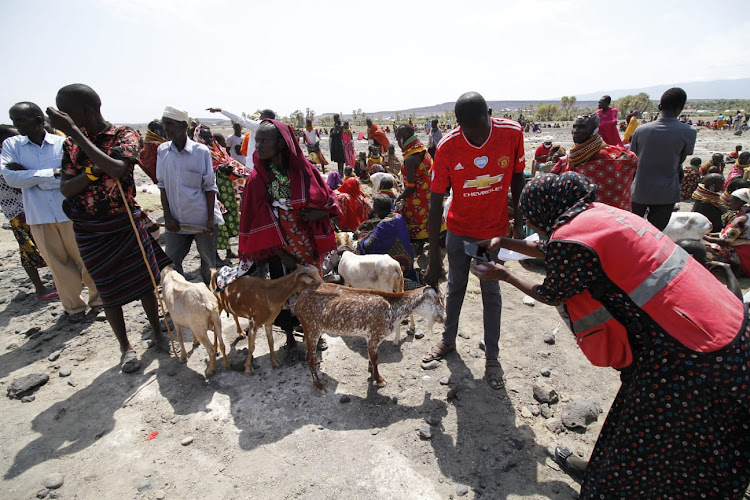 Some 3,010 livestock including cattle, sheep, goats and camels are targeted.
Counties
3 weeks ago

More than 200,000 people are on the verge of acute hunger
Counties
5 months ago