•A UDA party internal survey indicates intense rivalry in the 10 areas ahead of a tour by the Kenya Kwanza team. 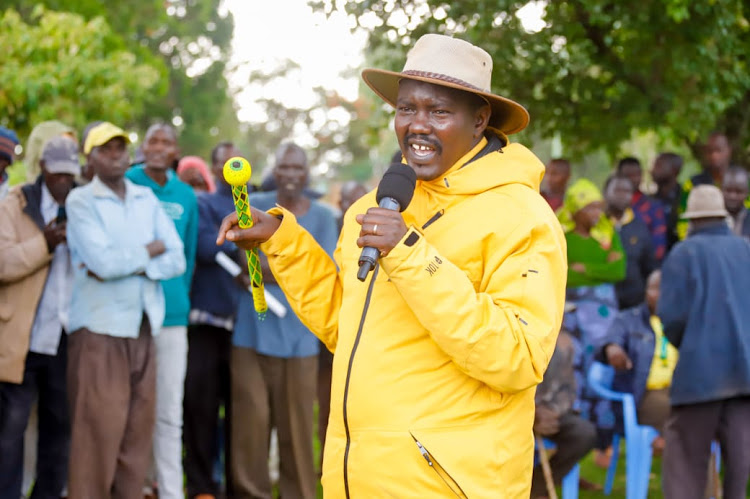 DP William Ruto and his Kenya Kwanza team will camp in his North Rift backyard from Monday to fight off a strong showing by independents.

They will push six-piece UDA voting, which many votes resent.

“We will have our presidential candidate and the Kenya Kwanza team in our region for a series of rallies. Buy we have no challenge at all from independents and UDA will win all the seats in our region," Kiprop said.

The battles for parliamentary seats include Nandi Hills where MP Alfred Keter is defending his seat as an independent against Benard Kitur  of UDA. In Mosop, MP Vincent Tuwei is mbattling with Abraham Kirwa of UDA.

Still in Uasin Gishu, independent governor candidate Bundotich Kiprop Buzeki is in a race with UDA candidate Jonathan Bii, also known as Koti moja because he dresses simply and wears  one coast most of the time.

The UDA party internal survey has pointed at intense rivalry in the 10 areas ahead of a tour by the Kenya Kwanza team.

They will focus on pushing for a six-piece voting pattern in favour UDA but the call has already been met with resistance in some areas where voters appear unhappy with UDA candidates.

“We are sure of victory in all areas but we weren't sure our people are clear on the direction to take come August 9," Kiprop said.

UDA is also focusing on the Senate seat in Elgeyo Marakwet where Senator Kipchumba Murkomen is neck and neck with outgoing Governor Alex Tolgos who is vying on a jubilee ticket.

But Buzeki and other independent candidates have insisted that residents should not be forced to adopt the six-piece voting pattern.

“Our people are wise enough and they will not vote for bad leaders who want to hide under political parties,”Buzeki said.

Governor for Uasin Gishu Jackson Mandago and UDA party leaders in the region have said the region is locked for DP Ruto after a series of joint rallies in all the six sub=counties in the area.

Uasin Gishu is DP Ruto’s home county and Mandago has been leading week-ong joint campaigns for UDA candidates and the Kenya Kwanza team.

• UDA party internal survey indicates intense rivalry in 10 areas but UDA campaigning for slate of its own candidates. • Ruto and Mudavadi are ...
Counties
6 months ago

Tolgos, Murkomen go all out in battle for Senate seat

Senator has been forced to retreat from national campaigns for the DP and camp in county to fight for political survival.
Counties
6 months ago