Says words can provoke violence if not checked and tells governor, "Behave yourself.

• Says it was very wrong for Mandago to use ‘’unsavory ’ language against leaders supporting Azimio flagbearer Raila Odinga.

• Adds that is was unwise for the leaders led by Mandago to insult Raila, CS Wamalwa, former Rift Valley regional commissioner George Natembeya during their campaigns

ODM Board of Trustee Fred Gumo on Monday accused Uasin Gishu outgoing governor Jackson Mandago and his allies of an abusive and smear campaign against other leaders. 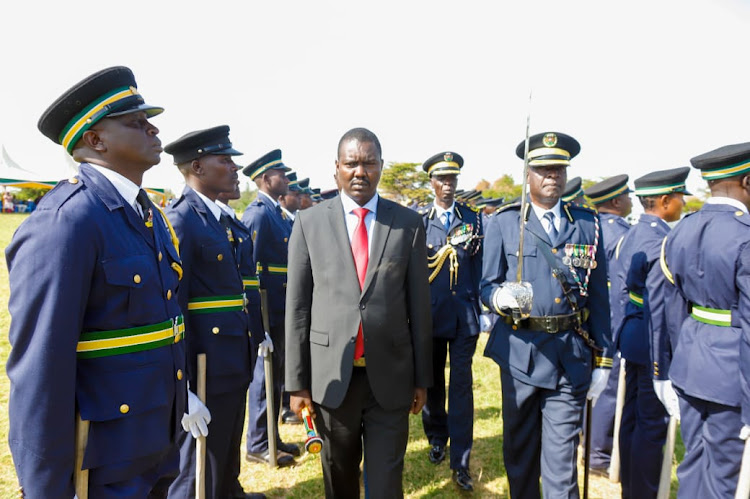 Gumo said it was very wrong of Mandago to use "unsavoury" language against other leaders supporting Azimio flagbearer Raila Odinga.

"I was perturbed by some utterances made by UDA leaders who had come for a football tournament at the Kenyatta Stadium on Sunday," he said.

He said it was unwise for the leaders led by Mandago to insult Raila, Defence Cabinet secretary Eugene Wamalwa, former Rift Valley regional commissioner George Natembeya and other leaders during their campaigns.

Gumo said the insults could provoke violence, if not checked.

Mandago must respect other leaders if he wants to be respected as a leader, he said.

"Raila Odinga is the senior most politician in Kenya and he must be respected. He is not of your [young] age, behave yourself," Gumo said.

The former Minister told the Kenya Kwanza brigade campaigning in Trans Nzoia and North Rift to uphold political tolerance and the rule of law.

He further asked the National Cohesion and Integration Commission and investigative agencies to scale up surveillance and take action against those using hate speech.

The Constitution, he said, should not be violated by leaders who want to be called "waheshimiwa."

On Sunday, Mandago sparked outrage when he said Natembeya had used unsavoury language in referring to one community.

Mandago, who was the chief guest during the Allan Chesang football tournament at the Kenyatta Stadium, used the occasion to endorse UDA candidates.

North Rift region will be peaceful during polls, says Mandago

• DCI is investigating claims after Mandago was summoned to Nakuru alongside Uasin Gishu assembly speaker David Kiplagat and Cheptiret-Kipchamo MCA ...
Elections 2022
2 months ago